Biosphere of the Charlevoix

Biosphere of the Charlevoix

World Biosphere reserve of the Charlevoix

The well-known Charlevoix region is home to a number of outstanding species of flora and fauna.

The boreal forest dominates the Charlevoix mountains, but sharp changes in altitude and harsh winters, but such natural phenomena like insect infestation or forest fires, have produced a wide variety of unique plant life, and guests can see here Arctic alpine vegetation, mossy black spruce scrub forests, Laurentian mixed-maple forests with ash and elm and other species.

As to aquatic life in the Charlevox, fresh and salt water mix where the Saguenay and St. Lawrence meet. The Marin Park of Saguenay has been created there to preserve the local species, and many seals, sea birds and about a half-dozen migratory great whales live in these waters or come here for long periods.

Tourists can go on cruises, which depart from Baie-Ste-Catherine, Tadoussac and other villages. Visitors discover the graceful aquatic creatures and the magnificent Saguenay fjord, one of the world’s most beautiful fjords. 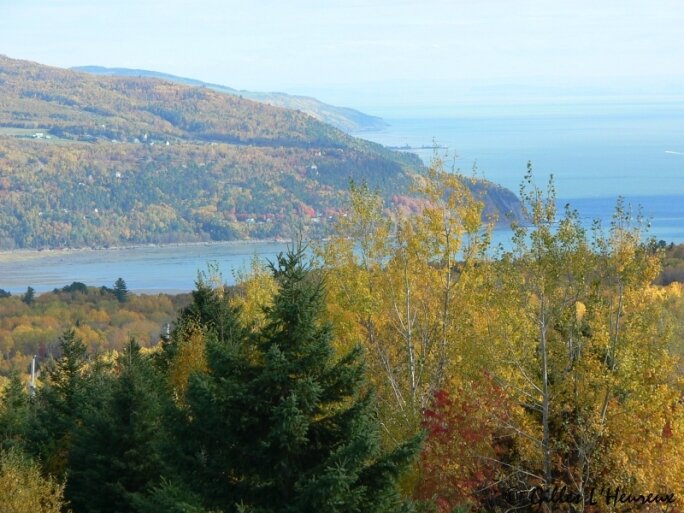 Located high on the mountaintops of the Charlevoix region, just 120 kilometers from Quebec City, the National Park Grands-Jardins (Parc national des Grands-Jardins), is home to sub-Arctic taiga fauna and flora. Many caribous and wolves which prey on them, live here and oddly coexist at these southern latitudes.

Another Charlevoix park is the National Park of Hautes-Gorges-de-la-Riviere-Malbaie lomms over the serene waters of the Malbaie river, once the stage for log driving.

The Charlevoix was designated a World Biosphere reserve by the UNESCO, in February 1989. It’s a part of a vast international network of Biospheres, where of the 450 biological reserves, a dozen were selected in Canada and others spread among a hundred or so countries.