Established on the fifth floor of Montréal’s Eaton Centre, on Sainte-Catherine Street, the Grévin museum is integral to downtown Montréal’s cultural scene. By selecting Montréal as the first location for international development, the Grévin hopes to become essential to the city’s cultural fabric.

The museum’s setup was designed by Franco-Québécois experts in the field. Dick Walsh and Julien Bertevas (CDA Production), Moment Factory, Patrice Peyrieras, De Pinxi, Dushow, Europea and many others. These numerous collaborations underscore Grévin’s mission to bring together French and Québécois know-how and expertise in order to create a well-designed and extraordinary destination. With its original décor, ambiance, interactive and sensory experiences, and dozens of wax figures including local and international stars from the past and present, the Grévin gives the public the chance to meet the stars.

At the end of the 19th century, Arthur Meyer, journalist and founder of the famous daily paper Le Gaulois, had an idea: to create life-sized statues of the personalities gracing the pages of his newspaper. At a time when photography wasn’t often used by the press, he imagined creating a place where the public could put faces to the names in the news.

To bring this project to life, he called upon Alfred Grévin, caricaturist, theatre costume designer and sculptor. The exposition opened its doors on June 5, 1882, it was an instant success!

In 1883, Gabriel Thomas, a financial backer from the Société d’Exploitation de la Tour Eiffel and the Champs-Elysées theatre, provided the new museum with the finances necessary for further development. He enhanced the site with new décor, making it a valuable heritage site.

Grévin Montréal is accessible to everyone including those with reduced mobility. You’re welcome to use cameras and video recorders inside the Grévin Museum. In fact, the administration encourages you to take photos next to your favourite celebrities on display. 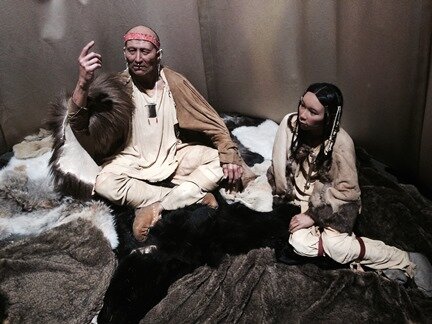