Quest For Authenticity
By Valérie Lafleur, translated by Eileen McGurk

Marguerite Bourgeoys died on 12 January 1700. At nearly 80 years of age, Montréal’s first teacher who founded Notre-Dame-de-Bon-Secours Chapel and the Congregation of Our Lady was no more. To preserve the memory of her image for future generations, the members of her religious community asked Pierre Le Ber to paint her portrait posthumously as was the custom.

For the sisters of succeeding generations, this reminder of their founder was preciously conserved. During the mid 20th century, however, some of the sisters versed in art history began to doubt the authenticity of the portrait. A respected expert in Canadian antiquities who examined the painting confirmed that the softened facial traits were not typical of 17th-century works.

The restorer undertook the restoration and at the end of the work when the 17-th century painting was revealed, his one word to describe e the face he saw was compassion.

During the construction of the Marguerite Bourgeoys Museum, a special room in the old Bonsecours school building was let aside to display the True Portrait, the only know representation of the real face of Marguerite Bourgeoys. This work is especially significant to the country’s artistic heritage, as it is believed to be the first painting by a Canadian artist.

The painting is at the heart of a display in the True Portrait Room containing several other paintings of Marguerite Bourgeoys and a number of objects that belonged to her during her lifetime.

The search for the authentic portrait of Marguerite Bourgeoys has translated into a wonderful discovery that allows all of us to admire a primitive work of art, one that is indeed revealing. 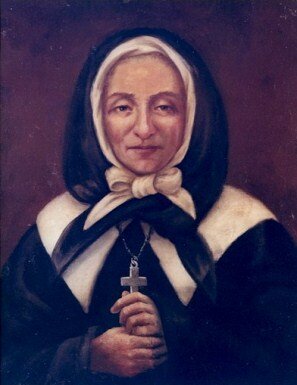 The portrait before the restauration 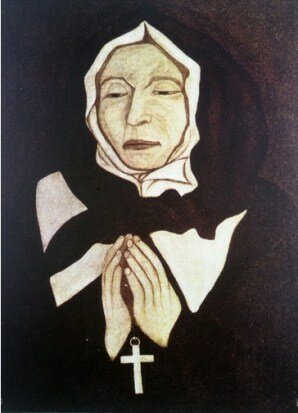