Museum Saint Gabriel is one of the splendid examples of the 17th century architecture of the early years of Montreal. The house was built circa 1668 on the shores of the majestic St. Lawrence River for receiving the King’s Wards and served as a first school and then a farmhouse.

The St. Gabriel House has endured through three centuries almost unchanged. It still has its 19th century barn, built of stones from the fields, as well as a typical garden of New France era. The site was declared a monument of national interest in 1965. The next year, it was restored and transformed into a museum. It was renovated in 1992. For three centuries, the Sisters of the Congregation de Notre-Dame have administered the real state, taking part in the life of the community.

Tending crops, the garden and livestock, a dozen employees worked at the farm. They taught many young girls of Montreal the art of housekeeping. It was at Maison Saint-Gabriel, that Marguerite Bourgeoys received the King’s Wards. This 30-arpent farm served as their first home until they managed to adapt to the rigors of the country, getting along as best they could in the difficult world of the colony, and take a husband.

Today its exhibits highlight the history of Montreal and of Quebec. The museum has over 15,000 artefacts and documents dating from the 17th century to the present day, such as tools, domestic objects, sculptures, paintings, embroidery, lace, pieces of furniture, silverware and more.

The gardens of St. Gabriel House haven’t aged a bit in more than three centuries or so it would seem. Thanks to one dedicated director, the garden’s plants, flowers and trees have fully regained their 17th-century spirit. A short tour of a timeless oasis imbued with nostalgia for an unknown past. These gardens rediscovered their roots and they look as an authentic New France garden. To do so, they reintroduced the same plants, vegetables and herbs that would have been cultivated by a 17th-century habitant.

Alongside native species are plants liable to have been brought by the colony’s first immigrants, Europeans for the most part. Thanks to ethnobotanist Daniel Fortin, who directed the work, they have Jerusalem artichokes, salsify, cabbage, rutabagas and even pumpkins.

The herb garden features musk mallow, nasturtium chives and other culinary herbs, as well as medicinal plants and others, that well, just smell good.

Actually, that’s what most visitors like best: they’re surprised by the scents, and don’t want to leave the garden, valuable witness to the past. Horticultural and arboreal history is important. Plants are part of our past and complete the story of human history, that’s why we must ensure the survival of the gardens, reason enough to head to this shimmering, perfumed haven and enjoy a fragrant journey back in time…

St. Gabriel house is located on the Pointe-St-Charles neighbourhood, just 5 minutes drive from the down-town of Montreal.

Address of the St. Gabriel House: 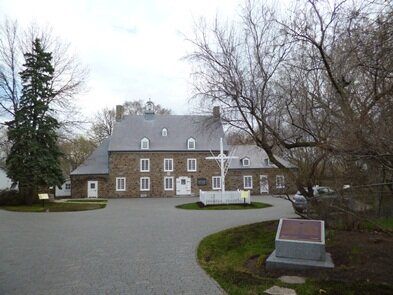 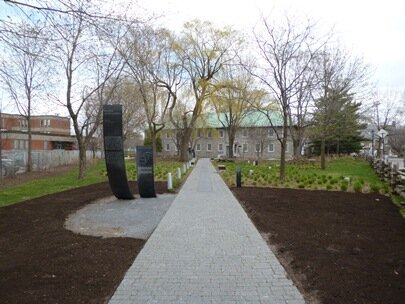 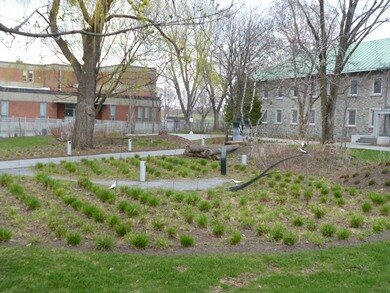 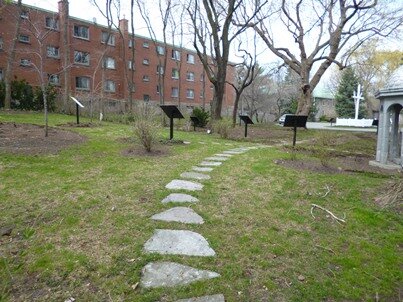