The Lachine Plein Air Museum exposes dozens of sculptures which belong to the collection of the Lachine Museum. This institution assures their enhancement and conservation.

These 51 sculptures joined Montreal’s roster of public art in 2001 and Rene-Levesque Park, which counts as one of Montreal’s major city pars, in now home to more than half of the Lachine Plein Air Museum collection.

Since 2001, major restoration works have been done in partnership with Montreal’s public art bureau.

The museum and its unusual exhibition welcome unrestricted access to the works, reflecting its founders’ will to bring art closer to the public. The administration hopes visitors will enjoy this vast sculpture garden while relaxing in the riverside parks. 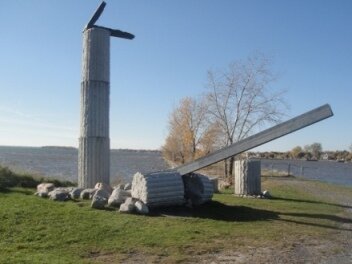 One of the works exposed. Photo : © ProvinceQuebec 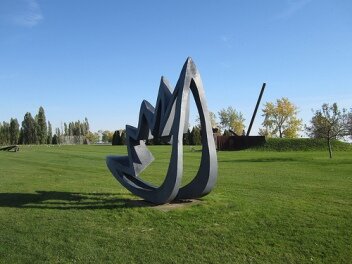 Jean-Pierre Morin. The Stone and the Fire. Photo : © ProvinceQuebec 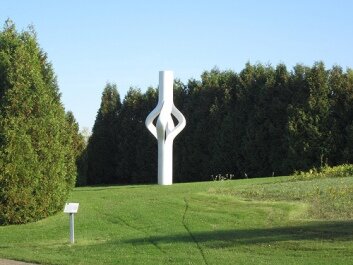 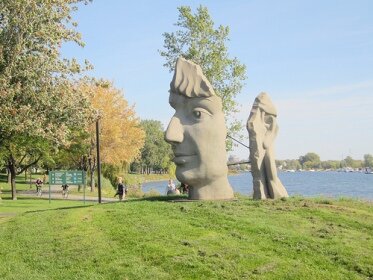 A big head in the museum. Photo : © ProvinceQuebec