The Stewart Museum carries the name of its founder and main benefactor, humanitarian and philanthropist, David M. Stewart, Montrealer of Scottish descent.

In 1955, David Macdonald Stewart founded the Stewart Museum, unique among Montreal museums and an important symbol in the history of the city.

This prestigious museum is situated in a stunning natural setting on the St. Helen`s Island. A jewel in the crown of Montreal’s cultural heritage, the Stewart Museum celebrates the influence of European civilization on the history of New France and North America.

The Museum is housed in the Arsenal of the British military depot on the island. The museum space features a four-storey steel and glass tower and a lookout that affords visitors a view of the entire military depot and a panorama of Montreal.

Eminent and esteemed collectors with a passionate interest in the origins of Canada and the great discoveries, David M. Stewart and his foundation have gathered at the Stewart Museum a remarkable collection of objects and documents depicting the establishment of western civilization in North America. To this day, the Stewart Museum remains the most important undertaking of the Macdonald Stewart Foundation. Their activities extended as far as Europe, where they participated in the organization of exhibitions and the restoration of major historical monuments.

Spanning more than five centuries, History and Memory features themes that range from navigation and maritime trade to day-to-day life in New France. The exhibition takes visitors on a trip back through time, beginning with the first inhabitants of St. Helen's Island and ending with portrayals of the island from the mid-19th century to the present day. Visitors will delight in seeing the history of Quebec and Canada unfold in all of its facets.

Key moments such as the Reform period and religious wars, the adventure of living in New France, the Enlightenment, navigation, maritime trade, industrial revolution, and the Patriots rebellion are all portrayed.

The collections are comprised of about 30,000 artefacts, including artworks, household objects, scientific objects, weaponry, military objects, maps and charts, still images, rare books and archives. The objects, books and archival documents in the Stewart Museum collection recount the discoveries, travels and battles of the early explorers. The planispheres, star charts and maps of North and South America and the Atlantic and Pacific Oceans illustrate the expanding geographic knowledge gained by Europeans as they made their way across continents, that until then, had remained terra incognita. Added to these artefacts is a major collection of globes and navigation instruments: mariner’s compass, traverse board, nocturnal, astrolabe, sundial, and maritime hourglass from the 18th century.

Other objects portray the military exploits, revolutions and celebrations of past centuries. A fluted suit of armour made in Nuremberg by Wilhelm de Worms between 1510 and 1530, French flintlock muskets, horse pistols, and Iroquois tomahawks all underscore the vast savoir-faire of people of the day…and their swiftness to draw arms.

Included in the collection are numerous objects gathered from the Montreal militia, whose members fought in the two world wars of the 20th century, as well as weapons collected over the years by Canadian Industries Limited), Molson Brewery and the City of Montreal.

The Stewart Museum has put together a remarkable collection of objects that recount the advancement of science through the years. The collection includes terrestrial globes, land surveying instruments, sundials, mathematical devices, and medical apparatuses. The most spectacular of these objects are demonstration instruments used by Abbé Nollet and his student Sigaud de Lafond, both highly popular public speakers in the 18th century. Richly decorated, lacquered, and featuring golden floral motifs, the instruments were used by these scientists during their demonstrations on subjects that ranged from optics, mechanics and magnetism to astronomy and other disciplines that constituted physics during the era. Many of these devices became the inspiration for toys that appeared in the 19th and 20th centuries. Even today they can be used to explain such essential concepts as the vacuum and can help in our understanding of the mechanisms that drive such contemporary inventions as the camera and telephone.

To depict European and North American societies, the Stewart Museum has collected a wide variety of articles that reflect everyday life in the past. Represented are all aspects of life in the period between the 16th century and the early 19th century. Most of the artefacts belonged to the middle and upper classes; a birth certificate, rattle, wedding plate, jerkin, sedan chair, pochette violin, jeu de Cavagnole, cartridge box, pomander, razor set, and vanity case all pay homage in their own way to the day-to-day lives of our ancestors.

Address of the Stewart Museum:

Web Site of the Museum: www.stewart-museum.org 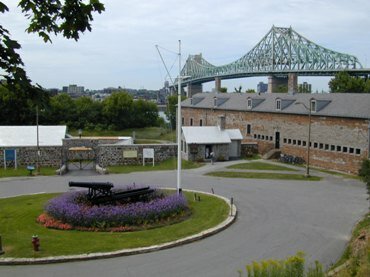