The McCord Museum celebrates the history of Quebec and its people and communities, as well as that of Canada. This public research and teaching museum, located in the heart of downtown Montreal is a unique forward-looking and thought-provoking museum.

The museum preserves over 1,440,000 objects, images and manuscripts, accompanied by 4,000 documentary files, irreplaceable reflections of the social history and material culture of Montreal, Quebec and Canada - a true source of inspiration. The McCord reaches out to the world by exploring contemporary issues and engaging with communities at the local, national and international level to further the appreciation and understanding of the heritage.

The McCord Museum enriches its collections through donations of objects, photographs and documents, illustrating life in Montreal, Quebec and Canada.

Inaugurated in 1921, the McCord embodies the vision of a passionate collector, David Ross McCord (1844-1930), whose abiding wish was to shed light on the history and cultures of his country and thus bring its people together. In 1878, David Ross McCord began adding to the already considerable collection assembled by his family since their arrival in Canada. Although not a professional historian, D. R. McCord possessed a wide knowledge of history: he read and critiqued everything published about the country's past. He was also an expert on Canada's material culture.

Sparing neither time nor money, Mr. McCord combed the length and breadth of the country in search of the finest and most historically significant objects. Gradually, a plan began to take shape in his mind: that of founding a national history museum in Montreal, then Canada's metropolis.

The citizens of Montreal, heirs to the passion of David Ross McCord, encouraged the Museum's development. McGill University administered the McCord for over sixty years, until it became a private museum. Leading members of the community, including the families of Walter M. Stewart, T.H.P. Molson and J. W. McConnell, lent their steadfast and generous support to the Museum's various activities and, with additional government backing, made possible the recent renovation of its building. Today, the McCord is supported by the governments of Canada, Quebec and Montreal, and by a large network of members, donors and sponsors.

The McCord is located in downtown Montreal, across from McGill University. It is accessible via McGill metro station (on the green line) or bus 24 on Sherbrooke West Street.

Adress of the McCord Museum :

Note that while there is no visitor parking at the Museum, there are parking meters and commercial parking lots close by.
Site Web of the McCord Museum: mccord-museum.qc.ca 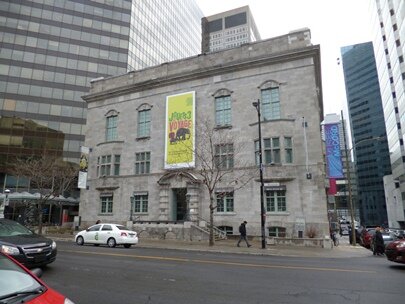