Sir John William Dawson, McGill's principal from 1855 to 1893, is credited with transforming the institution into a modern university. He recruited the aid of Montreal's wealthiest citizens, many of whom donated property and funding needed to construct the campus buildings. Their names adorn many of the campus's prominent buildings.

In 1885, the university's Board of Governors formally adopted the use of the name McGill University. The Faculty of Law was founded in 1848, making it Canada's oldest. The school of architecture at McGill University was founded in 1896. Women's education at McGill began in 1884, when Donald Smith, also known as Lord Strathcona, began funding separate lectures for women, given by university staff members. The first degrees granted to women at McGill were conferred in 1888.

In 1899, the Royal Victoria College (RVC) opened as a residential college for women at McGill. Until the 1970s, all female undergraduate students, known as "Donaldas," were considered to be members of RVC.

Today, with 21 faculties and professional schools, McGill offers degrees and diplomas in over 300 fields of study, including medicine and law.

The main campus is set upon 32 hectares (79 acres) at the foot of Mount Royal in Downtown Montreal, covering much of the Golden Square Mile neighborhood. The Macdonald Campus, is situated on forested land in Sainte-Anne-de-Bellevue, 30 km (19 mi) west of the downtown campus.

Although the language of instruction is English, students have the right to submit any graded work in English or in French, except when learning a particular language is an objective of the course. Approximately 35,000 students attend McGill, with international students comprising one-fifth of the student population. 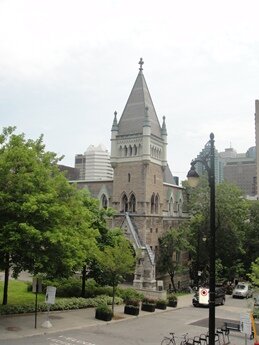 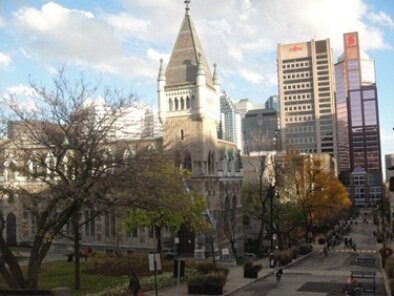 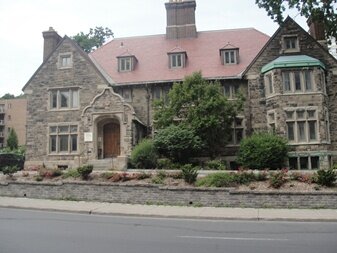 McGill University and Genome Québec Innovation Center, 740, Docteur-Penfield Street. Research plays a critical role at McGill. According to the Association of Universities and Colleges of Canada, Researchers at McGill are affiliated with about 75 major research centres and networks, and are engaged in an extensive array of research partnerships with other universities, government and industry in Quebec and Canada, throughout North America and in dozens of other countries." Annually, around 100 inventions take place at McGill. In recognition of its research quality, McGill is affiliated with 11 Nobel Laureates and professors have won major teaching prizes. McGill's researchers are supported by the McGill University Library, which comprises 13 branch libraries and holds over six million items. Photo : © ProvinceQuebec.com 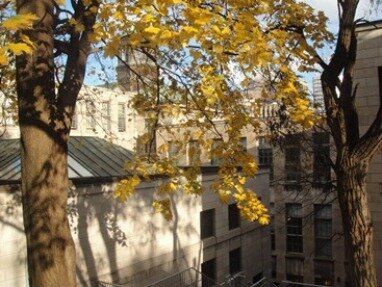 Arts Undergraduate Society of McGill University as seen from Docteur-Penfield Street. A growing number of American students are attending McGill: many are attracted to the culture and dynamism of Montreal, the university's reputation, and the relatively low tuition costs in comparison to many top public and private universities in the United States. Almost half of McGill students claim a first language other than English. While the university is located in a Francophone province, only about 18% of the students claim French as their mother tongue, compared to 52% who claim English and 30% who claim some other language. Photo : © ProvinceQuebec.com 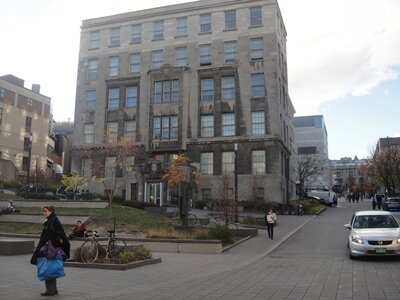 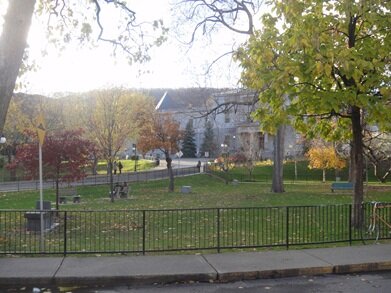 Central park. Strathcona Anatomy and Dentistry in the background, known as well as Strathcona Medical Building. It was built in 1907. Photo by © ProvinceQuebec.com 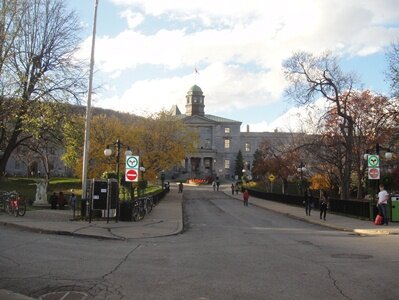 Central Alley and Moise Hall in the background. McGill's student population includes about 26,000 undergraduate and 9,000 graduate students representing diverse geographic and linguistic backgrounds. Of those, about 55% are from Quebec and 25% are from the rest of Canada, while 20% are from outside of Canada (including the United States). Photo by © ProvinceQuebec.com