Television occupies a great deal of people’s leisure time; many even list the ‘tube’ as their principal hobby. Numerous studies have been carried out on the subject, but whether one believes in its beneficial or deleterious effects, one aspect is certain: watching televion can be fun and relaxing. Below are discussed some of the shows that were at some point in time available on regular or cable television as seen from Montreal, Quebec.

The best-known prime time franchise of the genre is CSI (CSI: Las Vegas, CSI: Miami, CSI: New York). The initial lead in CSI: Las Vegas was replaced by Laurence Fishburne (the actor who played Morpheus in the Matrix movie, alongside Canadian born Keanu Reeves). Just as in the next franchise discussed, the plot revolves around police detectives solving crimes and the intricacies of bringing offenders to justice. The other, longer running, franchise is Law & Order (Law & Order, Law & Order: CI, Law & Order: SVU, Law & Order: UK, and Law & Order: Los Angeles). Big stars such as Sharon Stone (Basic Instinct, costar to Sylvester Stallone in The Specialist and to Halle Berry in one of the Catwoman versions), Jeff Goldblum (Jurassic Park), rapper Ice-T, his wife and glamour model Coco, socialite and reality TV personality Kim Kardashian and others, have all contributed to the show. Even the actor, Gale Harold, who played the protagonist, Brian Kinney, on Queer as Folk, (a series about gay and lesbian lifestyle) appeared on one episode as a troubled doctor.

Star-studded Two and a Half Men is a well-liked comedy show casting Charlie Sheen in the lead role of Charlie Harper, an accomplished jingles composer who likes the company of different women, liquor and partying, a little bit too much. Due to a divorce, his much less established brother and his son move in with him into his beach house. On top of being funny, the show had guest appearances from such celebrities as Jenny McCarthy (Scary Movie 3) and Megan Fox (Transformers). In 2010, The Big Bang Theory, with Jim Parsons as Sheldon Cooper and Kaley Cuoco as Penny made their debut. The series experienced tremendous success and Jim Parsons even won an Emmy award for his performance. The show focuses on two best friends, both brilliant physicists (theoretical and experimental physics) with above 180 IQ scores, who are socially awkward and learning some of life’s un-academic lessons from the their next door neighbor, a pretty blonde who is an “actress slash waitress”. Friends, running from the mid nineties to mid 2000s, introduced the actresses Courtney Cox, Jenifer Aniston and Lisa Kudrow, among others; the sitcom gained extreme popularity with many crowds. Joey, one member of the group of comical friends, later developed his own spinoff by the same name. Joey had one of the most hilarious characters of all times, the ‘super-agent’ Bobby Morgenstern, embodied by Jennifer Coolidge, the woman behind Stifler’s mom in the movie American Pie. Other cast members and guest appearances were Lucy Liu (Charlie’s Angels, Kill Bill) and Brent Spinner playing himself as very reluctant to discuss his role Lieutenant Commander Data on Star Trek: TNG. In 2011, Matt LeBlanc, the actor portraying Joey Tribbiani, can be seen in a venue new to that year called Episodes. 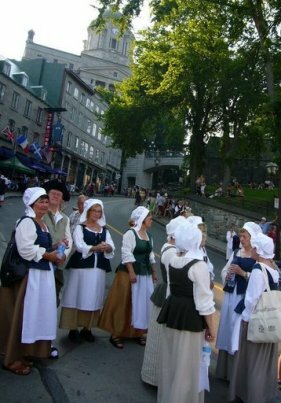 Perhaps the most famous, and certainly the longest running, television cartoon is The Simpsons, started in 1989. Matt Groening, the author of The Simpsons, also wrote Futurama, a science fiction cartoon sharing the same drawing style. Now defunct King of the Hill was an animated film different in appearance, but together with Family Guy, American Dad!, and The Cleveland Show (all three from Seth MacFarlane), all these cartoons center on middle class family life. Because The Simpsons were the initiators of the set-up, in one episode of the show Peter Griffin from Family Guy and Stan Smith from American Dad! are depicted (jokingly?) as ‘wanted for plagiarism’. Finally, rivaling in popularity and seniority, South Park is the sarcastic animation brought to audiences by the Comedy Central network and intended for mature audiences (most of these cartooned stories are). South Park was designed by two real-life best friends and relates the adventures of four friends: Eric Cartman, Kyle Broflovski, Stan Marsh and the Kenny McCormick, at some point coffee drinking Tweek Tweak replaced Kenny as a friend. Last but definitely not least: « Québécois Pure Laine Tricoté Serré » The quoted expression in this subtitle is a French Canadian one, meaning that an individual is very densely French Canadian genetically, emotionally and psychologically speaking. Watatow was a Quebec show about high school and teenaged family life that ran in the 1990s. Histoires de Filles was a popular comedy show that came much later, while few people in Quebec have never heard of Virginie. Some classic shows that ran in the past were Blanche, Les Filles de Caleb and Histoires des Pays d’en Haut.