Henri Bourgie established the funeral firm Bourgie H. & Co and opens his first funeral home in the late 19th century. Some year later, along with his brothers and family, Henri Bourgie changes the name of the company to Urgel Bourgie.

An expansion of the company follows. It offers embalming and other funeral services, starting a casket and hearse manufacturing facility. It also opens multiple funeral homes in Montreal.

From the mid to late 1900's, Urgel Bourgie continues to enjoy remarkable growth through expansion and acquisitions of other companies such as Parc Commemoratif de Montreal, Jardins Laurentides of St-Hubert, Parc du Souvenir of Laval, and Maisons Funeraires Feron's within the Montreal area. In the Quebec City area, the company purchases J. Bouchard et Fils, Lepine Cloutier, Jardins Quebec, and Falardeau, Bedard, Roy in the Quebec City area.

Today, after a brief ownership by Stewart Enterprises, Urgel Bourgie is a property of a wholly owned Canadian company called Celebris Memorial Services Inc. The company continues with expansion plans and is recognized as a market leader in funeral business. Urgel Bourgie combined companies employ over 500 people and serve 10,000 families per year by providing a full range of funeral, crematory and cemetery products and services, all of which are offered on both a pre-need and as-needed basis.

Urgel Bourgie has the following cemeteries in Montreal area: 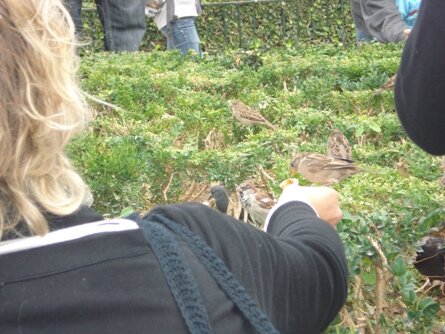 There is nothing in which the birds differ more from man than the way in which they can build and yet leave a landscape as it was before. Robert Lynd (1879 - 1949). Photo : © Provincequebec.com