In 1880, a French Canadian composer Calixa Lavallee was commissioned to set a poem written by Judge Adolphe-Basile Routhier to music.

The song O, Canada would be played during the National Congress of French-Canadians. This Congress would be held on the St. Jean-Baptiste Day celebrations. Lavellee composed a few versions, and the version we know was met with enthusiasm by his friends.  The tune made its debut on June 24, 1880, at a banquet in the 'Pavillion des Patineurs' in Quebec City.

However, for more than twenty years, the song was almost forgotten. In 1901, the Duke and Duchess of Cornwall (later to be King George V and Queen Mary) toured Canada.

A group of school children sang the song in French for them. In 1906, the music was published in Toronto by Whaley and Royce. The original French text and an English translation were both included. The English lyrics were written by Toronto doctor Thomas Bedford Richardson.

The Mendelssohn Choir performed the song. Dr. Richardson's Version O Canada! Our fathers' land of old Thy brow is crown'd with leaves of red and gold. Beneath the shade of the Holy Cross Thy children own their birth No stains thy glorious annals gloss Since valour shield thy hearth. Almighty God! On thee we call Defend our rights, forfend this nation's thrall, Defend our rights, forfend this nation's thrall. Many new versions followed, including one by poet Wilfred Campbell and Toronto critic Augustus Bridle. Other versions were written for the celebrations of Quebec City three hundred years in 1908.

On March 15, 1967, the special joint committee unanimously recommended that the Canadian government be authorized to adopt forthwith the music for 'O Canada' composed by Calixa Lavallee as the music of the National Anthem of Canada. Furthermore, the committee recommended keeping the original French version and using the Weir version with minor changes.

In June, 1980, the bill was passed by the House of Commons and accepted by the Senate. On June 27, 1980, Royal assent was given and Canada had a National Anthem.

On Canada Day, on July 1, 1980, at a public ceremony held at noon on Parliament Hill in Ottawa, the Governor General, His Excellency the Right Honourable Edward Schreyer, proclaimed the Act respecting the National Anthem of Canada. 'O Canada' became an official symbol of the nation.

True patriot love in all thy sons command.

The True North strong and free!

From far and wide,

O Canada, We stand on guard for thee.

O Canada, we stand on guard for thee.

O Canada, we stand on guard for thee. 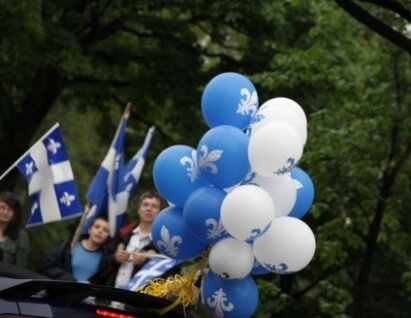