Asbestos is a fibrous mineral. The mineral is easily made into long flexible strands formerly used as incombustible, non-conducting, and chemically resistant material. Later science discovered asbestos causes cancer in persons exposed to it over long periods of time. Thus asbestos is one of substances conclusively proven to be a human carcinogen. In Quebec, asbestos was first discovered by Joseph Fecteau in 1876. It contributed to the province’s economy because of the many ways it could be used in every day life.

Among the uses we can mention railway brakes, which became more affordable with their local production. Indeed, industry in the Eastern Townships has been shaped by the success of the success of asbestos mining. From 1878 to 1886, Thetford Mines emerged as the leader of asbestos mining in Quebec. It produced annually 5,300 tonnes of material and contributed over half of the asbestos mined in the province.

The town of Asbestos produced more than 2500 tonnes. Companies like the United Asbestos Co., the Turner Brothers Asbestos Co., and the John Bell Co. wee able to prosper because of the mass quantities of asbestos in the region. When the town of Thetford was incorporated in 1885, there were only 500 inhabitants, but the number doubled during the summer months when the mines were in full production.

Asbestos becomes a health hazard when it becomes lodged in the lungs. Different forms of asbestos in the amphobile group are considered especially dangerous because the fibres are hard for the lungs to expel. One of asbestos forms is actinolite. Its needle-like fibers make it a potent lung invasive and carcinogen.

The amphobile family of asbestos is also more likely to become airborne than the chrysotile asbestos. The major health risks linked to asbestos are asbestosis, a scarring of the lungs; meso-thelioma, a cancer of the lung and chest linings; other lung cancers and non-malignant lung and pleural disorders. It’s wrong to say that people have a phobia about asbestos.

The word phobia implies an irrational and unfounded fear of unreal or exaggerated or even invented dangers. Fear of asbestos is about as real, rational and smart as a human being might get.

Asbestos was banned in many countries at the end of the XX century, but widely used during the 50’s, 60’s and 70’s in various building materials as a thermal insulator for walls, flooring, ceilings, insulation, roofing, fireproofing and automotive products, it spread around the world. 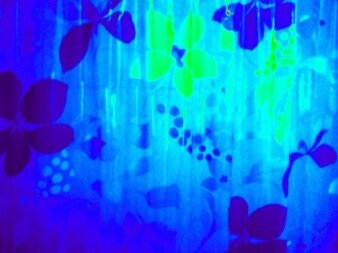 “Every human being is the author of his own health or disease.” Buddha (Hindu Prince Gautama Siddharta, the founder of Buddhism, 563-483 B.C.) Photo : © Provincequebec.com