What is Political Science?

A party of order or stability, and a party of progress or reform, are both necessary elements of a healthy state of political life (John Stuart Mill, On Liberty).

Analysis of international state behavior can be made at the unit (state) or systemic (international) levels. In international relations theory, there are several schools of thought. One is Realism, Realists believe in a dog eat dog world. Since there is no world government that acts as a universal authority, states coexist in a condition of anarchy. Survival strategies are bandwagonning (ally with a powerful state) or balance (several small states together can “outweigh” a larger state).

The Liberalism perspective offers theories such as economic interdependence and democratic peace. The democratic peace postulate refers to the fact that since the great wave of democratization in the 1970s, there have been fewer altercations, and most importantly, that democratic nations have coexisted peacefully for more than 200 years. In the last two centuries, in all world conflicts, at least one of the states was non-democratic (authoritarian or totalitarian).

Constructivists believe that social institutions are imperative, that individuals construct their environment. Compared to the two ideologies described above, Constructivism places greater weight on such aspects as ideas, values and norms. Since 1991, the world is unipolar. The USA is the only superpower remaining.

During the Cold War, the world was bipolar (USSR and USA). Although many remember living during those years in fear, any direct conflict was effectively deterred by MAD (Mutual Assured Destruction), since the two superpowers had quasi-equal capabilities. Prior to World War I, which disseminated several empires, the world was multipolar.

The branch of political science dealing with observing and explaining differences between states’, based on identities, interests and institutions, is comparative politics. The first classification of governments’ structures came from Aristotle.  In those times, the word democracy had a negative connotation and meant ‘rule of the mob’.

Constitutions are of great importance, but political culture can also influence governmental function. For instance, in an environment of parochial culture the population fails to trust the government and democracy is thus hindered. 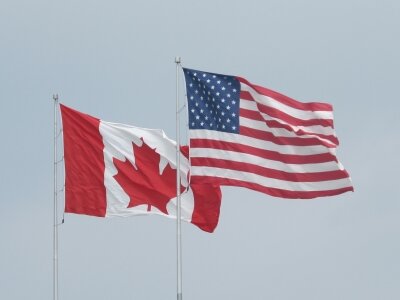 In the modern era, the United Kingdom is a monarchy in name and a parliamentary democracy in form. The British Parliament is divided into the House of Lords and House of Commons, and the Prime Minister is head of the royal government. The two largest political parties in Great Britain are the Conservatives (Tories) and Liberals. Canada has a similar system.

The United States have a presidential democracy, the people elect a president and he (or she, but there has yet to be a woman president as at 2010), rules together with the Congress and the Senate.

The US have a remarkable system of checks and balances between the judicial (Supreme Court), legislative (Congress, Senate) and executive branches (President, who is also Commander in Chief). The system ensures that no one branch of government, who have the functions, of interpreting the constitution, making law and enforcing law, respectively, have enough power to abuse it unchecked.