The National Assembly is composed of elected members of government and opposition political parties. At present, it has 125 deputies elected by Quebec citizens and its procedures are similar to those of the Federal Parliament. This body has a mission to legislate, that is, to decree laws, regulations and norms that govern our life in Quebec within the areas that it has been entrusted with by the Canadian Constitution.

The National Assembly also has control over the executive power and the public administration. Democracy is government by the people, for the people. Here in Quebec, the government system is a representative democracy. This means that citizens rule through elected representatives.

This is why general elections take place no less than once every five years (although they can be held more frequently in certain circumstances, for example, in case of a political crisis where the party in power can not govern Quebec anymore as it has no support from a part of the population).

In Quebec, all Canadian citizens who are at least 18 years old and have resided in Quebec for at least six months have the right to vote and can be entered into the electors list. However, there are some legal limitations to this right, such as in case of a person under guardianship or found guilty of election fraud in last five years. In general, any elector can stand as candidate in one of 125 constituencies in Quebec (with a few rare exceptions). 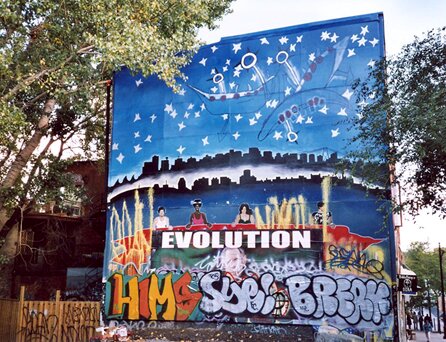 Traditionally, the majority of candidates belong to a party or a political movement. To be able to participate in an election campaign, candidates must abide by the Election Law, in particular, its regulations regarding financing of political parties and campaign-related expenses.

For example, in Quebec only electors can make financial contributions to political parties. An elector votes for the candidate of his choice and the one who receives the largest number of votes is elected deputy. We therefore have a one-round uninominal plurality  voting system.

Traditionally as well, the chief of the political party that obtains the largest number of seats becomes Prime Minister and runs the government. The party that arrives at the second place in terms of number of seats becomes the official opposition to the government. Unlike certain countries, the opposition is not seen as something harmful or destructive but rather as a necessary instrument of control and criticism.

This is a very important element of our life and it’s governed by the law. This element is sometimes difficult to assimilate by immigrants from a number of countries, where the political opposition is declared, treated or, at least, supposed to be “the enemy of the State”.

The Prime Minister appoints ministers who will form his government (Executive Council). These ministers have to be chosen among the deputies but the Prime minister can appoint someone who is not a deputy. In this case, this minister will have to be elected in a by-election. If a party obtains more that 50% of seats at the National Assembly, it forms a majority government.

The National Assembly holds two sessions per year. The first one opens on the second Tuesday of March and closes on June 23rd at the latest.

The second one opens on the third Tuesday of October and closes on December 21st at the latest. The Assembly usually sits on Tuesdays, Wednesdays and Thursdays; however, it also can meet five days a week. Each session starts with an opening address by the Prime Minister.

Below are the contact details of the National Assembly of Quebec: