Throughout the history, epidemics in Quebec destroyed populations and altered social, economic and political aspects of life.

Epidemic threats are ever present, but the types change according to the ecological balance of diseases in time and space, modified by nutrition, climate, travel, and, most of all, medical advances. In fact, present day public health practices are a legacy of past epidemics. They reflect assumptions about the presumed cause and anticipated victims. Sometimes they fail to prevent spread of infection, but most of the time, they work quite well.

The first epidemics in Canada for which we have historical records were those transmitted to Aboriginals by contact with Europeans, such as smallpox, colds, measles, influenza. These diseases annihilated entire communities of first peoples, who lacked natural resistance. Only after 1798, when Edward Jenner proved that inoculation with cowpox or vaccinia prevented smallpox, it declined, culminating in world eradication in 1879.

Cholera and typhus appeared in Canada at infrequent intervals from 1832, usually in the context of immigration. Because isolation shed where immigrants had to spend weeks during the quarantine period had few facilities for personal hygiene, cholera quickly entered the water supply to infect healthy immigrants, caregivers and the population.

The driver of a “deadcart” in 1832 daily went from house to house in Montreal calling out “have you anyone to send to the burial ground?” Cholera had struck a savage blow that year and many hundreds died. In Montreal the dead were hastily buried in an 18th century cemetery, then on the edge of the town. Today that cemetery lies beneath the hustle and bustle of modern day traffic in Montreal’s famed Dominion Square.

Typhus attacked immigrants in the crowded, dirty holds of ships. A fierce epidemic of typhus in 1847 killed at least 6,000, mostly Irish fleeing the potato famine. Eventually all vessels were required to stop for inspection. In the 19th century, malaria occurred regularly in late summer and fall, causing much suffering among settlers, but few deaths. This disease waned together with rural reform and draining of swamps.

Tuberculosis was the single most important cause of adult death throughout the 19th century; Sanatoria were built in Quebec for isolation and treatment of active cases. Epidemic influenza known as Spanish flu, a viral pneumonia, killed between 30,000 and 50,000 Canadians in 1918-1919, nearly 15,000 in Quebec alone.

The Spanish flu was most severe in young adults and displayed no predilection for social class. Since 1920th, poliomyelitis, a viral disease, especially of children, appeared with increasing frequency until the largest epidemic in 1953, which saw at least 8,800 Canadian cases and dozens of deaths. The last major epidemic of poliomyelitis occurred in Montreal in 1959. Venereal disease, especially syphilis, reached alarming proportions in the military services during both world wars and were present in large urban areas during the 1960s and 1970s.

The AIDS pandemic reached Canada in 1982. A viral disease that weakens the immune system, AIDS is spread by sex or blood. This epidemic challenges old attitudes towards health vigilance and immigration. 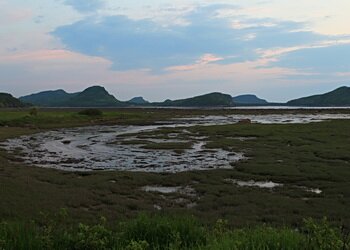