One of the strangest true stories on record: The coffin that came home.  Charles Coghlan, born in Prince Edward Island in 1841 became a distinguished actor in the U.S.A. He once visited a fortune teller who told him he would die far from home in an America city, but he wouldn’t rest until he returned to the place of his birth. In 1898 he died suddenly in Galveston, Texas, and was buried there. Two years later a violent hurricane struck Galveston and the cemetery was washed into the Gulf of Mexico. Eight years later Prince Edward Island fishermen found Coughlan’s coffin – identified by a silver plaque – floating offshore. He had come home at last, 4800 km from where he died and was finally laid to rest in the place of his birth. (At least, that’s the story, but it seems, it is not true).

Ghosts abound in the Maritimes. One, seen by literally hundreds of people at Sydney, Nova Scotia, was that of a young soldier who had died. His body was obtained by a doctor for dissection purposes, but friends of the dead a strong objection to this, that the doctor buried the body in his garden. There, for many years afterward the soldier’s ghost is said to have paced sentry duty with both arms severed.

The man who took a trip through the bowels of an avalanche: In march 1910, William Lachance, fireman of a snow clearing work train in Roger’s Pass, British Columbia (one of the world’s most avalanche prone areas), had no time to be astonished when snow exploded from the fire-box instead of searing heat. The next instant he was on his way on an incredibly fantastic journey through the center of a gigantic avalanche. Churned and whirled in a boiling motion for what seemed an eternity, he was suddenly flung clear as if by an explosion, to land on top of the snow where all had become deathly silent. Miraculously he survived the awful slide – yet 58 members of the train crew and work gang had perished.

A bottle thrown into the Atlantic from a ship outbound from Halifax in 1906 was picked up 2 and a half years later in the Bay of Guichen, South Australia, having traveled 21000 km and crossing both the Atlantic and Indian oceans.

The Jinx ship that brought the cable to Heart’s Content, Newfoundland, the Great Eastern: The giant ship that laid the first Atlantic cable from Europe to North America arriving at Heart’s Content, Newfoundland in 1866 was a jinxed ship. It took three months to launch her after which she underwent explosions and mutinies that killed three dozen men. Many people claimed she was cursed because two riveters had been sealed into her hull during her construction. Others ridiculed the idea that this could have happened. But when the huge Leviathan was broken up for scrap, in 1889, workmen discovered two skeletons with Riveter’s tools.

Two cars that collided once on an icy road to Ajax, Ontario, were owned by drivers named Blizzard and Snow.

The taboo Two: Early American immigrants to the Canadian prairies had a strong dislike for two-dollar bills. This aversion had its origin in a 19th century US election in which candidates for office bought votes for 2$ each. As a consequence, anyone with a $2 bill was under suspicion of having sold his vote. Even 50 years later two dollar bills were rarely seen in the Prairies provinces, yet were widely circulated elsewhere.

A flying bathtub. When Regina was struck by the giant tornado in 1912 - one man was taking a bath and the bathtub was flung from his disintegrated house and sent flying for half of a kilometer to land on the roof of the Wascana Hotel. 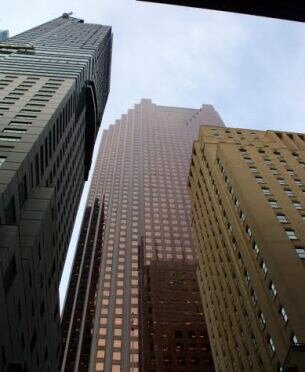 Canada’s most amazing escape-artist:  Henry More Smith: a conference man who obtained a living by practicing deception and thievery in the Maritimes, mainly New Brunswick, at the turn of the 19th century. No jail could hold him. Nor could chains, leg irons and handcuffs. Once jailed in Kingston, New Brunswick, for Horse stealing (the penalty for which was death) he escaped from a made to measure iron collar that was fastened to a heavy timber floor by a thick chain and a long staple. No one eve learned how he managed to do it.

After Louis Riel was hanged in Regina in 1885 an enterprising merchant sold “souvenirs” of the “rope that hung Riel”. The demand was so great he had to obtain nearly a tonne of hemp rope from Winnipeg.

Headstone Hooch hideaways: For some time after 1845 venture some members of the Church of St. John in the Wilderness at New Germany, Nova Scotia, stored moonshine liquor in hollow metal grave markers in the churchyard. Meeting their customers after services they slid back the name plates and produced the illicit refreshment from the inner spaces of the markers.

On Christmas Day, 1855, the Simpson family of Toronto – grandparents, a bachelor son, two daughters with husbands and seven children waded through four times the amount of food that a like size family would consume today. This is what they ate:

A time when it was hard to tell the left foot from the right: Prior to 1820 boots and shoes were fashioned the same for either foot. There were no “lefts” or “rights”. Gradually an idea of king George IV’s that boots should be shaped for each foot,, was universally accepted.

A standard Gold Brick can be pounded into a thin sheet large enough to cover 4 hectares of ground.

“What in the world are you doing for heaven’s sake” – a sign in front of a Presbyterian Church in Montreal.

The girl who flew on the wings of the wind: Near Milton, Ontario, young Eliza Harrison was hanging out a washing one day in 1823. Suddenly a tornado tore through the area and the storm broke with indescribable fury, filling the air with flying debris and dust. Witnesses, peering out of sheltered places saw Eliza and the clothes line whiling in the air above the tree tops – yet the ferocious winds set her down nearly a kilometre away without so much as a scratch.