The Secret Art: Reading for Pleasure

Some of the major life stressors include moving out of the parental home, starting college or high school, and finding one’s first serious job. Sure, one gets immeasurable quantities of advice pouring in… customization of resume and cover letter, where to go searching for jobs and various tips on landing an interview and getting hired. All these steps can be quite stressful, but people differ in the ways they react to changes in their immediate environment. One of the coping mechanisms, alongside social support, sports and (maladaptive) overeating, some people develop, is reading.

Post hoc ergo propter hoc (after the fact) is a fallacy. Other logical fallacies include the red herring (distraction), the ad hominids (attacking the person rather than the position), the straw man (diverting attention) and the ‘is therefore ought to be’. Another popular topic of basic humanities courses is constructs: all Bs are As, and all As are Cs. Therefore, all Bs must be Cs.

Philosophy is a great discipline and is obligatory in many academic programs. Beginnings can be traced to Classical thinkers such as Socrates, Aristotle, and Plato. Contemporary philosophers could present as Friedrich Nietzsche (Beyond Good and Evil), Karl Marx (Das Kapital), Thomas Hobbes (Treatise on Human Nature), John Locke (A Letter Concerning Toleration), Jean-Jacques Rousseau (Emile) and John Stuart Mill (On Liberty). Existentialism refers to a philosophical grouping after the 19th century.

The literary world has a lot to offer for any taste. For mystery adventures, Agatha Christy’s Hercules Poirot and Scotland Yard and television show detectives, Sherlock Homes and Columbo, respectively, are highlights of the genre. Harvard University has a publication that outlines the works that one absolutely must know, such as Adam Smith’s economic masterpiece The Wealth of Nations.

In Quebec, there are multiple avenues one can take to get his or her hands on a book. There are many public libraries. The Bibliotheque et Archives nationales du Quebec (BANQ) is immense due to the accumulation from (formerly) neighbouring libraries that took place to create its collections. There is an impressive quantity of franchise and independent bookstores. Some chains include Archambault, Chapters, Renaud-Bray and Indigo. Quebec Loisirs also has excellent service and reward system, and supplies consumers with the most interesting latest picks. 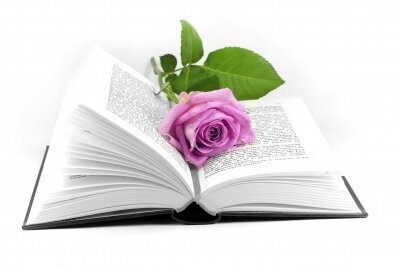