Real estate is believed by many to be the safest, best investment. Yes, indeed, in economic textbook definitions, it is considered that buying a car is an expense while buying a house constitutes an investment. Whether one agrees with the premise or not, real estate is a big part of finance. In effect, most university programs in finance offer compulsory or elective courses on the topic.

An unwritten wisdom particle is that in real estate three elements are crucial: place, place and place. Naturally, no matter how beautiful and well kept, a property in a ghetto neighbourhood is unlikely to have high housing market value. On the Montreal Island, the most expensive areas would have to be Westmount, Ville Mont-Royal, Hampstead and downtown in its entirety. The lowest prices are found in predominantly French Canadian industrial neighbourhood Hochelaga-Maisonneve.

Aside from agencies (Remax, Londono, la Capitale, Sotheby’s, McGill Immobiler, etc), people also sell their houses and condominiums directly on Proprio Direct. Connections to business brokerage are posted on Quebec Commerce. To conclude a transaction, a notary is needed. Notaries can be found on the Chambre des Notaires du Quebec.

An inspection prior to buying is also strongly recommended. Horror stories involving carefree buyers who ended up with no canalisation, or unexpected and unwanted roommates such as cockroaches, termites and vermin, populate the urban folklore. Or the frightening account on Jean Luc Mongrain’s show years past, about unsuspecting consumers who poured millions of dollars into a project in the Old Montreal only to never hear from the contractors again. The abandoned monument to dupery still stands.

In the 1990s, depressing unemployment overwhelmed Quebec. Since then, however, things have greatly picked up. Even more so, with the Baby Boomers approaching retirement age.

The Baby Boomers are the large cohort of babies born immediately after the Second World War. The preceding generation are the Traditionalists, and the following are the Generation X, and then the Generation Y or Millennials. But to get back to business… Since mid to late nineties, however, despite the economic contraction and its legacy, the real estate market in Montreal has been booming with reputable construction companies such as Samcon.

Many points must be addressed in deciding whether to buy a property, assuming that one can afford it. Mortgages are harder to obtain, in large part due to the subprime crisis of 2008. Mortgage brokers and companies like Multi-Prêt have been said to have an easier time obtaining a bank loan. On the subject of loans, a new form of lending has emerged mostly in the Indian subcontinent: microfinance. The sums borrowed are small and are designed to suffice for some basic profit-producing tool, mean or aid. The field is mainly circumscribed in developing countries and is said to be highly controversial.

Some handypersons engage in what is called ‘flipping’. They buy residences in bad shape and renovate them, thus increasing their value. Alternate ways of making money in the industry are through direct and indirect investment. Some people buy duplexes, triplexes or multiplexes (small buildings), maintain and rent them for profit. To secure a loan on that kind of tenant establishment, the rule of thumb is that 75% of the rent must cover the mortgage on a monthly basis. The stock market and building management corporations also earn a profit on the axiom that humans must shelter. Rent-wise, from the perspective of the landlord, Montreal is worse off compared to Canadian biggest city Toronto or ‘world capital’ New York. Heuristically, the further from the centre – the less costly, some exceptions apply. 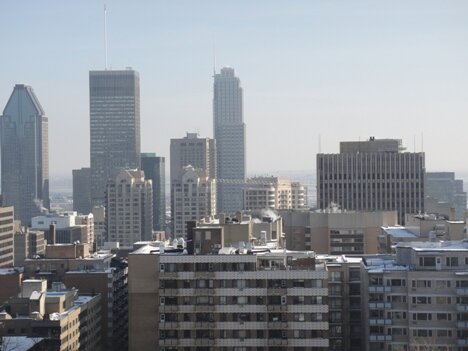