Of travel I had my share, man/I’ve been everywhere – Johnny Cash lyrics

I once knew a (unique) person, who when asked if she ever travelled, answered that she was from the Laurentides and since that was the most beautiful place in the world, her quest was finished before beginning.

While the Laurentides are indeed stunning, for those who would like to see other world merits, there are travel agencies. Not all travel involves specialized businesses to book the trip. Some adventurers decide to cross Europe backpacking and staying in youth hostels (a cheap but resented alternative since Eli Roth’s horror movie Hostel).

Couch surfing has also been used as an economical way to change scenery while meeting new people. Perhaps in pre-Internet times, agents were mandatory, but today sites like Expedia render the task much easier. Cruises are also a popular method of transportation and entertainment, some cruise ships like the transatlantic ocean liner RMS Queen Mary 2, are so tall that they sometimes get confused for buildings by tourist passer-bys. Again, the awful trauma of Titanic makes one think twice. Club Med provides worldwide resorts and other accommodations.

Right here in Canada, British Columbia is attractive with its surfing (Victoria Island, Nanaimo), the Rocky Mountains, beaches and the suspended Capilano bridge. The Yukon and North West Territories capital Yellowknife attract by their majestic stillness and untamed wildlife, in additional to exposure to rich cultural heritage. The Maritimes are wonderful testimonials to historical beginnings, with some houses still looking like they were built long before times immemorial. The U.S. has many yummy destinations, let Florida, California, Texas, New York and Alaska be named for a change.

Europe’s best vacation guess probably lies with France. In addition to being able to look at the Eiffel Tower, visit the Louvre and thus see La Joconde, and enjoy authentic baguettes, brioches and croissants, one can shop til one drops on the Champs Elises. Kent is very pretty and mysterious countryside in England, while the whole U.K. is worthy of a drop by.

Next come the islands, tropical and just southern: Tahiti, Bahamas, Barbados (Jay-Z’s protégée’s homeland), Hawaii, and overall Caribbean and Oceania islands. Ibiza in Spain is most coveted not for its good climate or sandy beaches, but for its throbbing club scene. In Mexico Puerto Escondido, literally ‘the hidden port’, is said to be the underground partygoers attraction numero uno. Cuba, Jamaica and the Dominican Republic are choice destinations for Canadians.

Obviously, one could also have a good time visiting Germany, Holland, Italy, Portugal or Norway or any other European nation and maintain the same level of excitement. Australia and neighbour are interesting too. Rumour has it that all fantasy backgrounds are filmed in that world region. Also, in New-Zealand one can apparently ski down right onto a warm beach. Asia, with the Great Wall of China, Japanese cuisine and Thailand’s many tourist shows should also be considered. 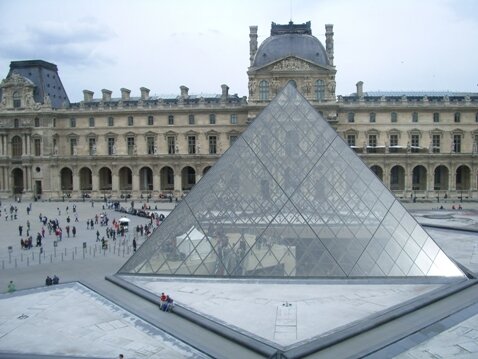