The entertainment industry rakes in several billions of USD per year for a reason – it is human nature to want to dissipate boredom. Often persons complain that they simply do not know what to do, or what to look for to get amused, as in the phenomenon of staring at Google search and simply lacking any idea as to which path to explore. Comedy is known to lift moods; the YouTube online community is great for that matter.

For example, Chick Comedy featured on YouTube is a virtually endless stream of short clips of female comics. For better-known women comedians there are the non-conservative Margaret Cho and Wanda Sykes. Interestingly, Margaret Cho has been previously romantically linked to Quentin Tarantino, while Wanda Sykes was deemed the 14th funniest person in the U.S. by Entertainment Weekly (McGruder, 2004). A note of caution, the styles and views expressed by these ladies could be judged as offensive. Among countries, Canada is the biggest Internet user, with approximately 85% of the population logging on to the World Wide Web on a regular basis (Pearson, 2009).

The social media, and most importantly the social networking websites, have transformed the way businesses operate and life in general.

Around 2010, there were even some advertisements on job search engines seeking to employ promoters as long as they had more than 2000 friends on a socializing utility. Increasingly, marketing firms are concentrating on social media to promote products, while the majority of large companies have corporate websites. Among the most popular hangout websites are Facebook, MySpace, Second Life, Bebo, Hi5, MyLife and Twitter. Some well-liked dating sites include Zoosk, PlentyOfFish, Mingles, Mingle2, Single & Mingle and Lavalife.

Most of the sites are in the free range, whereas famous matchmakers eHarmony, Match and True have fees attached. Business sites such as ZoomInfo and LinkedIn are designed specifically for professionals with career goals in mind. Facebook stresses the real life connections, while MySpace does much less so. Making new friends or pen pals can be best achieved with the help of sites such as NewFriends4U.

Other websites such as Craigslist are multipurpose: one can find a job, an apartment for rent, tickets to a gig, and even personal ads. MSN and instant messaging on gaming locations can also pass the time, distract or raise one’s spirits. A common complaint about online dating sites, from both men and women, is that many potential candidates just seem to want to e-mail ceaselessly and chat; other individuals are more serious about getting together.

The internet has no doubt brought people closer, but the anonymity it provides can also backfire, as in the cartoon where behind their respective computer screens, an obese balding woman with adult acne describes herself as a lingerie model to an out of shape very old man who tells her he is Madonna’s backup dancer. Probably as much, if not more, caution and common sense as in real life are strongly called for on the net. 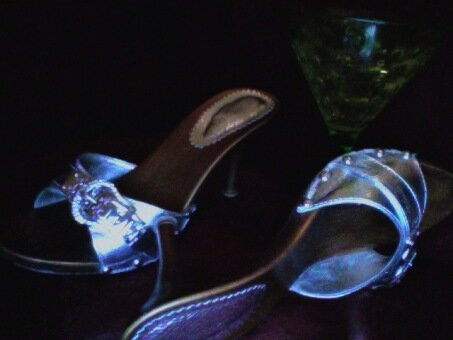 Cyber bullying has followed the Web expansion, with Megan Meier, a 13-year-old girl, committing suicide in 2006 over a rival’s mother cruel comments and doings. In another case in 2011, two teenagers are brought to justice for ridiculing a classmate through a fake profile. The net is far from always being the safest place to be.

On a more positive side, Facebook is the subject of a 2010 movie starring Justin Timberlake The Social Network and gaining in notoriety everyday. Failbook is a parody, a fun take on the original, featuring screenshots from Facebook of, sometimes, hilarious faux pas (usually protecting users’ privacy: photos and names kept unintelligible). Laughter has been said to be the best medicine, and enjoying good times with friends can serve as an antidote to many of life’s troubles.

The psychological community defines loneliness as not the absence, but the dissatisfaction with social relationships, while social support has been consecutively linked to better psychological adjustment, cognitive functioning and even physical health. Making friends is a whole fascinating topic, but the basic tenet is that prospective companions must share interests.

Such encounters are sometimes embedded in the structure of a resource, such as Friends Meet Up for (at least) Montreal, Quebec, Canada.