People in Canada are going solar. It means Canadians use radiant energy of the sun to power their homes and businesses. Entire communities begin to use new technologies.

Indeed, according to many researchers world oil reserves will last around 50 years at the current rate of use, thus developing solar energy is an obvious choice to assure safe and relatively economic way to power our cities and villages. Solar Energy Solar energy is energy coming from the sun in the form of radiated heat and light.

This energy can be used to provide lighting and heat for buildings and to produce electricity. The use of solar energy involve the strategic location of buildings and various elements of these buildings, such as windows, overhangs and thermal masses in order to take advantage of the sun for lighting and space heating.

This strategy allows us to significantly reduce the use of electrical or mechanical equipment. 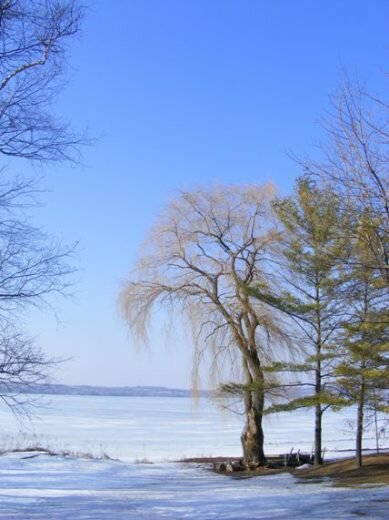 However, solar energy can be harnessed only during the day and only if the sunlight is not blocked by clouds or other obstacles. These technologies are known as passive solar technologies.

Today, active solar technologies that involve electrical or mechanical equipment are becoming common. In this case, solar collectors or panels are used to heat water or ventilation air for use in buildings.

Besides, solar photovoltaic technology uses solar cells to convert sunlight directly into electricity. In general, many communities in Quebec have a high solar potential. For instance, about half of Quebec’s residential electricity requirements could be met by installing solar panels on the roofs of residential buildings. In 2003, in one of Montreal’s ecocentres (centre of ecology) was installed Quebec's first renewable grid-tie photovoltaic (PV) system.

Since 2007 grid-tie solar electric systems are available for Quebec residential use, and Hydro-Quebec allowed homeowners to use them.

The system features solar panels and a wind turbine with a battery backup system. Solar panels convert light from the sun into electricity. They may be grouped in an array. What happens when the sun is not shining (which is the case of Quebec)? Ideally, users should have a closed-loop system.

Thus, when solar panels are not generating enough power, the grid will supply home-owner with electricity. On the contrary, if a solar panel is generating too much, the excess power can be supplied to the grid. Hydro-Quebec pays for it. Excess power generated during the day can be also stored and made available at night, thus reducing significantly energy costs. Note than there exist two main types of solar energy: photovoltaic and thermal.

The term photovoltaic refers to the conversion of light into electricity, while the term thermal refers to using sunlight to heat water that produces steam for heating a building. Each type can be used for certain proposals.

For example, solar thermal panels are the best solution for hot water heating. However, in Quebec solar energy is still not very popular because renewable energy technologies are still relatively expensive. Subsidies are needed to improve the competitiveness of renewable energy compared with conventional fuels in the form of renewable energy credits, capital cost allowances, etc.

The Québec government has committed itself to energy efficiency through its policy entitled Energy for Québec’s needs (L’Énergie au service du Québec).