Human fascination with magic is immense and prevalent in most centuries. Truthfully, confusion and misinterpretation abound. In the past, even healers or those performing basic medical procedures have been considered sorcerers.

Magical books are omnipresent. From the traditional magicians of King Arthur’s round table legends Merlin and Morgana Fay, to J.R.R. Tolkien’s Lord of the Rings trilogy’s Gandalf, to the Bewitched’s sorceress wife… Even Nicole Kidman has played an enchantress in a remake, down to mimicking the characteristic nose twitch of her predecessor. Max Frei (the pseudonym of Russian author Svetlana Martynchik) wrote a collection of books on a bordering existential space where enchantment is the rule rather than the exception.

Probably the most famous magician of the world is the acclaimed Harry Potter brought to exhilarated masses by J.K. Rowling.

Wicca is a Neopagan religion, involving deities but where enchanting rituals are performed and nature is also worshipped. What originated less than a century ago, what could be viewed by some as a witch cult, is prominent in modern popular culture. Even Lisa Simpson almost becomes a full-fledged Wiccan in one episode. In a 1990s movie on teenage friendship and witchcraft (The Craft with Neve Campbell), the four elements are discussed. In Merlin, the television show debuting in 2008 the ‘old religion’ is often mentioned. The ancient creed and druids are consistent with the stories of the time, with the Lady of the Lake, Excalibur, Camelot and Guinevere. Historically and realistically, there was around those times a change in Europe. Christianity was replacing Pagan religions of the old world.

The depictions, books, movies and wannabe practitioners of white and black magic are countless. The literary genre fantasy, television shows Charmed, Sabrina: The Teenage Witch, Dungeons & Dragons, movies Chronicles of Narnia, Sortilege, Johnny’s Depp Pirates of the Caribbean suite and Alice in Wonderland, even Pan’s Labyrinth (Spanish: El Laberinto del Fauno) would be unrecognizable without the supernatural aspect. Theirs is the world of love spells, curses, unicorns, fairies and talking animals. Although one must admit that the actuality of magic in Pan’s Labyrinth is debatable. According to an alternative perspective, the protagonist withdrew into an imaginary world in order to cope with insurmountable challenges. She may have disassociated from reality as in Schizophrenia or Dissociative Disorder.

The usual symbol for practicing, especially obscure, magic is the pentagram. Much related symbolism can be found in gothic imagery.

In Quebec, there is the Salon de l’Esoterisme de Montreal venue, an exhibition pertaining to enchantments and fortune telling. Future foretelling has usually been condemned by world religions. However, in some cases, incantations and rituals are a part of religious practice. In the city, there are several stores that provide potions, amulets and wands.

The fortune-teller stereotype is a woman of classical Gypsy or Esmeraldian features and apparel, with a crystal ball. Other popular reading methods include the lines of the hand, cards (Tarot and other kinds), coffee grains and various semiprecious stones on a leather cord.
On a more serious and deplorable note, a tragedy the calibre of genocide took place in the Middle Ages. Thousands of women, men and animals were wrongly accused, convicted and burned at the stake for being allegedly involved in sorcery.

In today’s environment, great emphasis is placed on materialism and education. Sincerely believing in the inexplicable would make one appear gullible. A magical mind frame would also support superstition. Theorists hypothesize that superstitions came about because people wanted to see predictability, order and control within complete event randomness. Most cultures have such conditionality beliefs.

Thus, for a superstitiously predisposed personality, ensuring perfect happiness means never to: continue on your path if a black cat crosses it, walk under a ladder, break a mirror, spill salt or sit at a table’s corner. 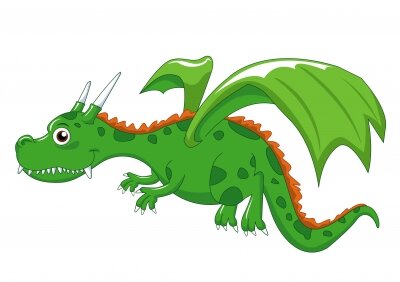