The online community, with its own inclinations and rules, is thriving. Parallel to the material world, the Web also has it rankings. For example, the most popular people in virtual reality are:

Actually, Beyonce and Britney Spears have also done acting, starring in The Pink Panther and Crossroads, respectively. Conversely, Lindsay Lohan made her singing debut with the album Speak. She also portrays the gun-kissing nun ‘The Sister’ in Robert Rodriguez’s movie Machete. [On a side note, Michelle Rodriguez (Fast and Furious, S.W.A.T., Avatar, TV series Lost) who plays Luz, and the director are unrelated despite sharing a last name.] The starlet, nicknamed train-wreck on celebrity gossip websites, is a multimedia sensation, tragically famous for her troubles with substance abuse (drug and alcohol rehab stays) and the law. The former The Hills cast member Heidi Montag, is better known for her extensive plastic surgery, stormy relationship with husband Spencer Pratt and possible sex tape with Karissa Shannon, one of the Playboy centerfold twins.

Aside from commenting on various topics or participating in forums, people choose to socialize more directly. The following list enumerates some of the social media that allows interlinking through mutual interests:

Of course all this correspondence would be impossible without e-mail. Most online subscriptions require a valid e-mail address that must be verified before creating an account. Amazingly, most websites will let you delete or cancel your account, but some only allow deactivation, making it possible to come back in case of a change of heart. The primary free e-mail hosting avenues are:

However, many institutions and Internet Service Providers (ISPs) also offer the possibility of a connected address (e.g. NameLastName@videotron.ca).

PayPal allows you to hold e-cash or cybercash related to your credit card. Some online transactions can only be completed with the use of PayPal. Online shopping:

Sometimes web societies have stigma attached to them. VampireFreaks, a gothic and industrial subculture website, was linked to the Montreal Dawson College shooter. In September 2006, Kimveer Gill wounded 19 people, took a life and then his own. Not that it necessarily means anything, but it was later made public that he was a loner and part of that community. He even uploaded menacing pictures of himself prior to the tragedy. 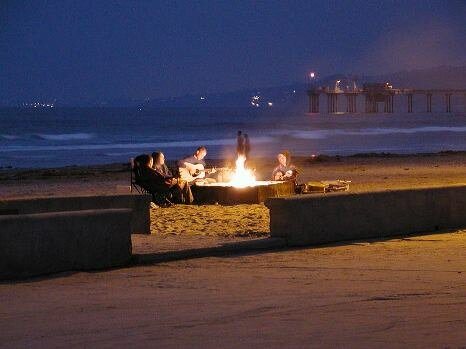