Throughout the world solar energy, biomass, wind power, mini-hydraulics and nuclear fusion are considered new or non-conventional forms of energy.

In Quebec, biomass is the only form of non-conventional energy that is widely used. The biomass encompasses organic matter produced by plant growth or animal or human activity. Wood and forest residues make up forest biomass waste resulting from human activity in the cities makes up urban biomass.

The Québec government has committed itself to energy efficiency through its policy L'énergie au service du Québec (Energy for Québec's needs).

The ministry of Natural resources, fauna and parks (Ministère des Ressources naturelles, de la Faune et des Parcs) engages in a wide array of initiatives at all the levels to assure more efficient use of energy and its sources. 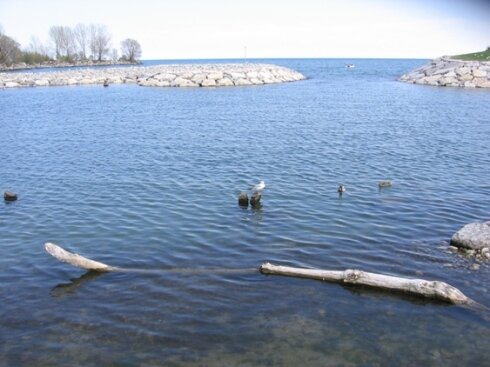 Indeed, Quebec, with its large landmass and diversified geography, has substantial renewable resources that can be used to produce energy. At the same time, a wide range of energy-producing technologies and equipment have been developed to take advantage of these natural resources. As a result, usable energy can be produced in the form of electricity, industrial heat, thermal energy for space and water conditioning, and transportation fuels.

Several types of biomass are used to produce energy. The most commonly used type of biomass is wood, either round wood or wood waste from industrial activities. Historically, the use of wood has been important in Quebec for space and water heating, as well as for cooking. It is still important today, as almost 10% of households use wood as a primary or secondary source for space heating.

Other than biomass, the kinetic energy of wind can be converted into useful forms of energy such as mechanical energy or electricity. Wind energy has been harnessed for centuries to propel sailing vessels and turn grist mills and water pumps. Today in Quebec wind is used increasingly to generate electricity.

Turbines with large propellers are erected in strategic areas that have good wind regimes and that are in proximity to existing electrical grids. Quebec has large areas with excellent wind resources and therefore a significant potential for the expansion of wind-generated power. There are high quality areas inland at different locations across the province, including the North of Quebec and along the Gulf of St. Lawrence.

Note than in Canada the provincial leaders in wind power capacity are Alberta, Ontario and Quebec.