The Alpine Garden will take you on a tour of the botanical world, from the Rockies to the Himalayas, from the Alps to the Arctic tundra. You’ll discover the amazing diversity of plants that grow on mountains and in boreal regions, and the remarkable ways these hardy yet sensitive denizens have adapted to their surroundings.

Alpine, sub-alpine, Arctic and sub-Arctic plants hold centre stage here in the largest of the Montreal Botanical Garden’s plant collections. The Alpine Garden is bursting with colour in spring, and charms visitors all summer long as the ornamental cultivars bloom in turn. You can admire the famous edelweiss and numerous other species, including saxifrages, that have adapted to rocky environments and high altitudes.

Framing the garden with an intimate screen is the conifer collection, boasting some magnificent specimens, including a ponderosa pine – one of the Garden’s outstanding trees. Part of the garden is carpeted with a selection of ground covers, while the mineral garden contains rocjs and minerals found in Canada. 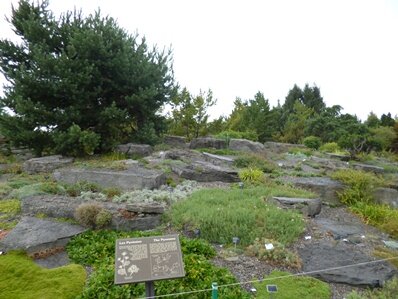 The Pyrenees: The Pyrenees, which form a mountainous barrier between Spain and France, are home to a vast number of alpine species, including roof houseleek, dragon mouth, stemless gentian and Mediterranean eryngo. With their tiny fleshy, waxy, spiny or downy leaves held tightly together in a rosette or cushion, alpine plants have developed a variety of features that protect them from the cold and from dehydration. They often form dense moisture-retaining carpets, hugging the ground to shelter themselves from the wind. Photo: ©ProvinceQuebec.com

Vertical crevice Garden. Although this garden style originated in England, it was made popular by Czech explorers and botanists. One such expert is Zdenek Zvolanek, designer of the vertical crevice garden at the Montreal Botanical Garden. This garden imitates cliffs with stratified rock faces upthrust by movements in the earth’s crust. The deep cracks ensure excellent drainage and keep the soil temperature and moisture constant for the alpine plants’ roots. The east-west orientation of the rocks and the uneven surfaces create pockets of shade and keep the plants as cool as possible. Photo: ProvinceQuebec.com 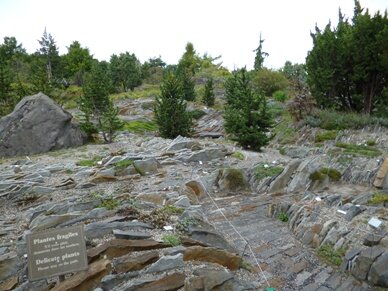 This vertical crevice garden is the first of its kind in Canada and one of the world’s largest. It contains alpine plants from North America, Europe and Asia, including a number of saxifrage cultivars created by the late H. Lincoln Foster, a renowned American hybridizer. Delicate plants. Photo: © ProvinceQuébec.com 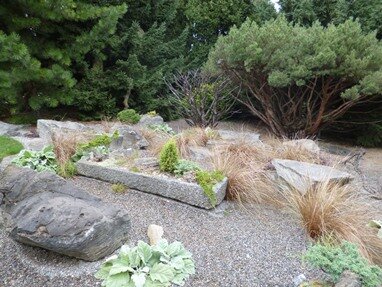 Troughs: Growing plants in troughs started in England in the 20th century, when gardeners discovered old barnyard livestock troughs and thought of using these stone containers as planters. Forming miniature gardens within a garden, troughs have become very popular. They come in various sizes and shapes and may be manufactured, made at home or assembled from natural or carved stones. Slow-growing, low-maintenance alpine plants are ideal for growing in troughs. Photo: © ProvinceQuebec.com 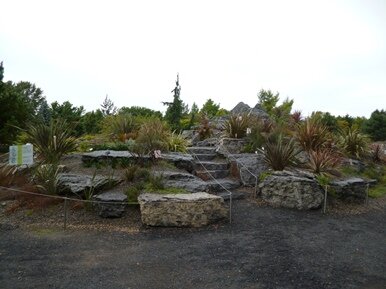 Never reaching more than 2,000 metres, the Appalachians extend from the Mississippi floodplain to the Gaspé peninsula. In Quebec, the harsh climate has allowed alpine plants to flourish at certain levels on mid-range peaks like the Chic-Chocs, rising to 1,268 metres. There one finds mostly Arctic-Alpine plants, named for their boreal or mountain origins. Photo: © ProvinceQuebec.com

To take advantage of the short summer season, field pussytoes, like most of this plant’s neighbours, flowers very early in spring – its rosettes of downy leaves have nothing to fear from the winter cold. Photo: © ProvinceQuebec.com

The Arctic: Extending across the far north of Europe, Asia an North America, the Arctic tundra covers a vast region that includes many islands, In this harsh climate, circumboreal plants grow at sea level and low altitudes, in conditions identical to those found high in the mountains in temperate zones. Photo: © ProvinceQuebec.com 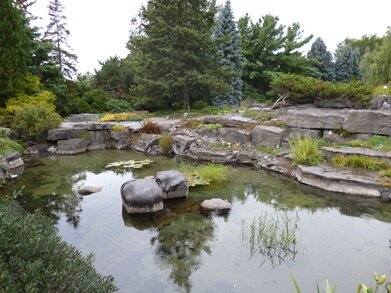 Fleeing the cold during the Ice Age, some Arctic plants spread southward and took root in the mountains. For instance, alpine meadowrue, a common boreal plant, is also found in the Alps at altitudes above 2,000 metres. Photo: © ProvinceQuebec.com 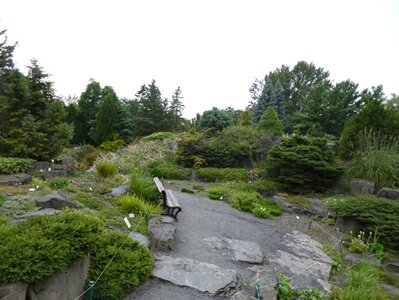 The Carpathians and the Balkans: Like other mountains around the globe, the Carpathians and Balkans offer alpine plants a growing season lasting no more than three months. This has forced the plants to adapt in order to complete their reproductive cycle: small pasque flower forms floral buds in fall that over-winter underground. Geranium dalmeticum (Dalmatian cranesbill). Image: © ProvinceQuebec.com 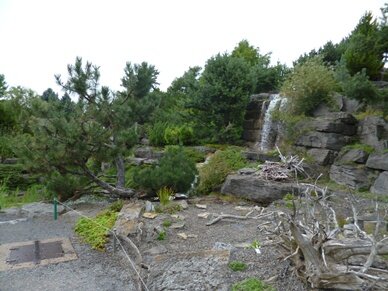 Under the snowy mantle, lifelogong saxifrage, like many other species, continues to grow: it accumulates large quantities of soluble sugars through photosynthesis; they act like antifreeze and prompt the plant to produce masses of vividly coloured blooms in early spring. Photo: © ProvinceQuebec.com 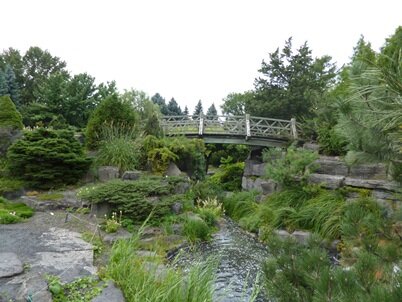 Asia : Spread out under the « roog of the world », with peaks rising to 8 846 metres, in the Himalayas, Asia enompasses the largest alpine region on the planet. From the Caucasus to Japan, the Asian mountains are home to a wide range of habitats. Whether they prefer limestone or siliceous soil, sunny or shades mountain slopes, Asian alpine plants are remarkable for their incredible diversity. Photo: © ProvinceQuebec.com 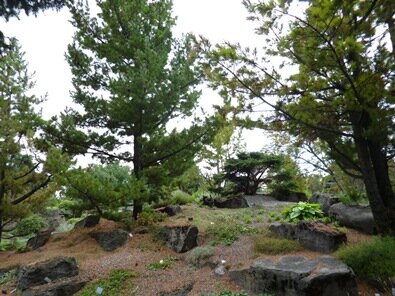 While drumstick primula and spotted bellflower prefer alpine meadows, mukdenia grows on moist cliffs and sarmentous rock jasmine forms colonies on scree, thanks to its deep roots that also spread widely near the surface and stabilize the soil. Photo: © ProvinceQuebec.com

The Rockies: Plant life in the Rockies. Where the peaks top 4,400 metres, depends on both altitude and latitude. Alpine plants that grow above 3,300 metres in Colorado are found at 1,200 metres in the Yukon, with its colder climate. Glaciers carried many plants from the Arctic to this region: the Rockies are an important migratory route with very few endemic species. Photo: © ProvinceQuebec.com 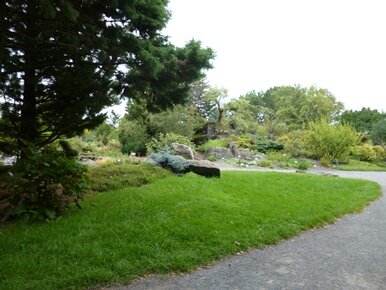 Mountain avens, lewisias and townsendias are some of the loveliest plants in the Rockies mountains, growing alongside a number of species from the Andean cordillera, including Acaena magellanica. Photo: ProvinceQuebec.com