A Japanese garden is a special place, one whose harmony and peacefulness make it ideally suited to contemplation and meditation. This contemporary garden, designed by Ken Nakajama, is inspired by the traditional art of Japanese landscaping. Stone, water and plants combine to produce a pure, simple environment in which every element is imbued with symbolism.

Its sinuous lines create a pervading sense of harmony, offering many different vistas and the certainty of new discoveries.
The attentive care that such a garden requires is simply a way of celebrating the beauty of nature, for which the Japanese have profound respect.

The summer pavilions in Japanese gardens are an invitation to meditation and contemplation. They are placed strategically to give a pleasing view of the garden. Their structure range from very simple to elaborate depending on their use.

Originally a Soân was modest shelter covered with grass or thatch, set far away from city noises, where poets and esthetes would retire to regain contact with nature. The Sukiya is a closed pavilion used for the tea ceremonies.

The Japanese Garden, created with the support of the governments of Japan, Canada and Quebec, the City of Montreal and several Japanese companies, opened on June 28, 1988. 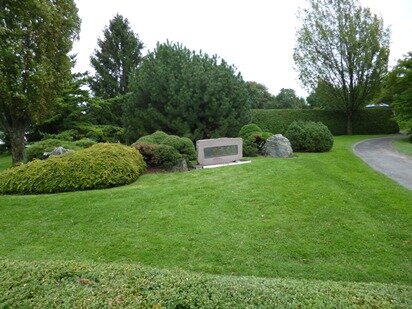 A little chipmunk on a stone in the garden. Photo: © ProvinceQuebec.com 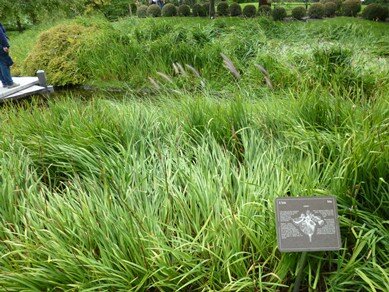 Iris (Airisu) : Irises are important members of this garden. They flower from late May to mid-July, in soft tones of pink, blue and white. Many species of iris are represented in the garden, including Iris ensata or Hana-Shobu, remarkable for its huge flowers. The delicacy and graceful bearing of this plant are perfect examples of the quest for simple and refined beauty in Japanese art. Photo: © ProvinceQuebec.com

The city of Hiroshima presented this Peace Bell to the city of Montréal to mark the twinning of the two cities, in 1998. Photo: © ProvinceQuebec.com 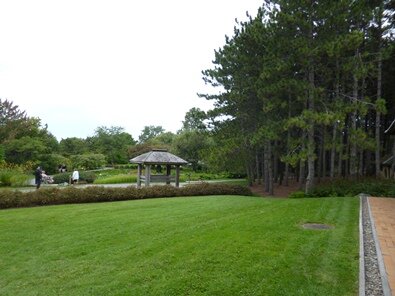 The Peace Bell. In Montreal, the Peace Ceremony commemorating the bombing of Hiroshima is held on August 5 every year, at the Botanical Garden. Photo: © ProvinceQuebec.com 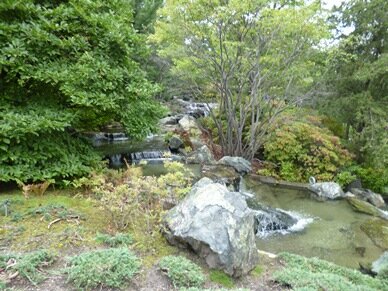 Stone, symbolizing the stability and omnipresence of natural forces, is the most essential component of any Japanese garden. It anchors the landscape and recalls the mountains and rolling hills of Japan itself. There are specific rules governing the arrangement of stones. They are generally grouped in odd numbers, and triangular motifs are quite popular. Their very presence adds to the effects of perspective and depth. Photo: © ProvinceQuebec.com 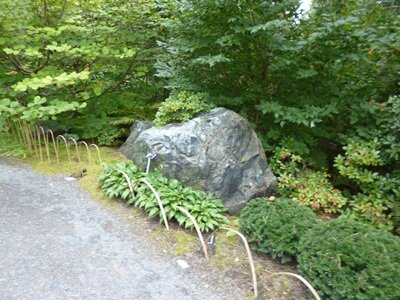 The stones are selected with care, and give the garden its whole personality. Here in the Montreal garden, serpentine from the Thetford Mines region of Quebec was used. Each of the stones, its splendid green tones streaked with white and black, was chosen by Ken Nakajima, the garden’s architect and designer. Photo: © ProvinceQuebec.com

Over the seasons: « In summer as in winter this garden will welcome thousands of visitors, it will hear their whispers and remarks and give them a few magical hours when they can feel and grasp the essence of a simple and refined beauty which the Japanese describe as the SHIBUI (Pierre Bourque, Director of the Botanical Garden of Montreal, May 1988). Photo: © ProvinceQuebec.com 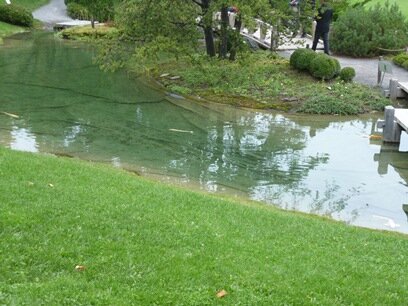 Water: In this Sansui-type garden (San for mountain and Sui for water), water is everywhere. A symbol of life itself, it also represents the passing of time, in constant motion as it spills from one level to another. Photo: © ProvinceQuebec.com

There are many manifestations of water in the garden, from a peaceful pond to a winding stream and rippling cascades. As the water is guided by stones along its natural path, it reinforces the feeling of harmony. The pond and the cascade are oriented so as to create subtle reflections from the sun, paying further tribute to the beauties of nature. Photo: © ProvinceQuebec.com 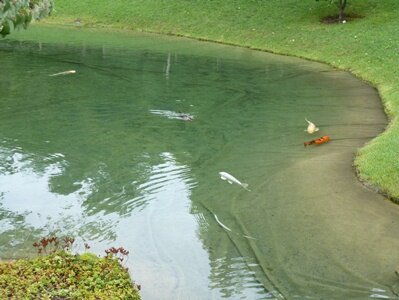 Some Japanese legends compare the hill to an Emperor, the water to courtesans and the rocks to brave soldiers keeping the courtesans from interfering in the Emperor’s life. Photo: © ProvinceQuebec.com 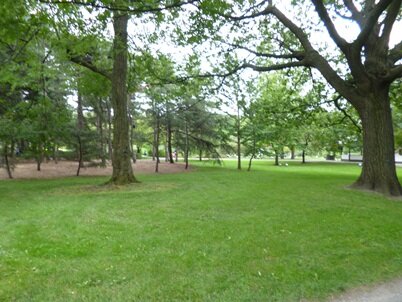 Plants: Plants are the third basic element in a Japanese garden, after stone and water, and serve to remind visitors of the cycle of the seasons. Spring, symbol of renewal, is celebrated by masses of flowering crab-apples, serviceberries and rhododendrons. Summer brings a more sober landscape all dressed is shades of green. Photo: © ProvinceQuebec.com

Flowers are used sparingly, so as not to distract visitors and disturb their meditation. Contrasts are obtained by juxtaposing different types of foliage and carefully pruning the plants. Mosses, ferns, trees and shrubs are arranged to create heights and depths suggestive of a miniature landscape. In fall, the garden is ablaze with flamboyant colours. Winter highlights the elegant silhouettes of the bare trees, lovingly pruned all year long. Photo: © ProvinceQuebec.com 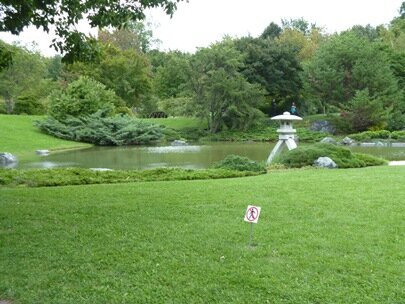 The bark and fruit of some of the trees add subtle touches of colour to the peaceful garden resting under its blanket of snow. Photo: © ProvinceQuebec.com