Step into History: A Garden in the Style of New France

Imagine this garden two times wider and four times longer. This will give you an idea of the space it occupied in the 18th century. Its current lay-out is based on the gardens of the dignitaries in New France, with a vegetable garden, an ornamental garden and an orchard in three equal sections.

The delicacies of the beautiful season: Fruits were highly valued in New France and many species successfully adapted to the Montreal region. The orchard became a source of delicacies.

Flower to decorate and heal: With its beautifully symmetrical parterre, the ornamental garden must be pleasing to the mind. The colours and scents of its flowers and aromatic and medicinal plants delight the senses.

An orderly garden: Flowers, fruit and vegetables grow side by side in this French-style garden, in the agricultural and ornamental tradition of the 18th century. In New France, the garden played an essential role in nutrition.

Claude de Ramezay, Governor of Montreal, had this prestigious manor erected in 1705. The Château was built by Pierre Couturier as a residence for the Governor. The Compagnie des Indes occidentales, which owned it from 1745 to 1763, had it rebuilt and enlarged in 1756 after plans by Paul Tessier dit Lavigne. It was the Montreal residence of the Governors General, 1773-1844, and was occupied by American invaders in 1775-1776.

In 1839 the Château housed the Executive Council and after 1839 other government offices, courts of law and schools. In 1895 it became the headquarters and museum of the Antiquarian and Numismatic Society of Montreal.

Transformed into a museum in 1895, the Château Ramezay now presents the history of Montreal through its magnificent collection and its garden.

(Historic Sites and Monuments Board of Canada)

Fall in the Governor's Garden. Image by ProvinceQuebec.com 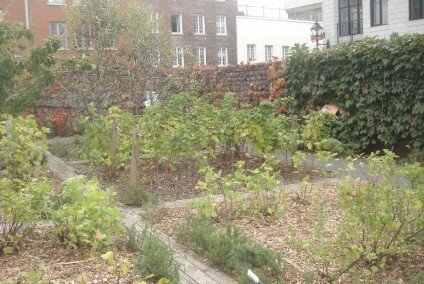 Interiors of the garden. Image by ProvinceQuebec.com 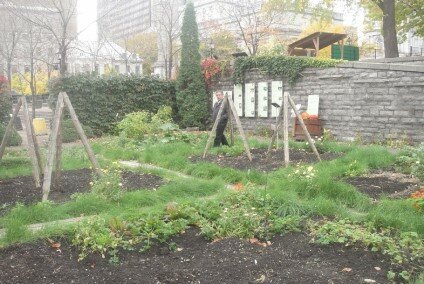 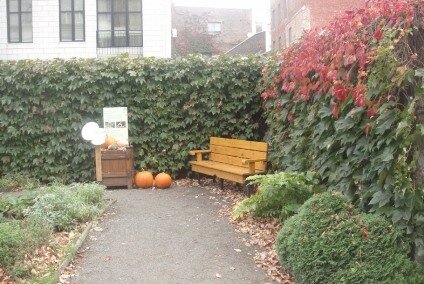 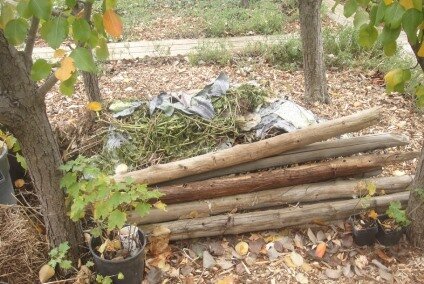 A plant. Image by ProvinceQuebec.com

Chateau Ramezay as seen from the garden. Image by ProvinceQuebec.com 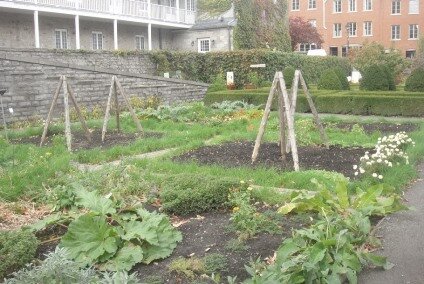