There are hundreds of recognised magnetic or gravity hills around the world.

A gravity hill, also known as a magnetic hill and sometimes a mystery hill, a gravity road or a mystery spot, is a place where the layout of the surrounding land produces the optical illusion that a downhill slope appears to be an uphill slope. Thus, a car left out of gear will appear to be rolling uphill against gravity.

When a slight downhill slope appears to be an uphill slope due to the layout of the surrounding places, it seems that water flows uphill or a car left out of gear will roll uphill, among others.

The slope of gravity hills is an optical illusion, although sites are often accompanied by claims that magnetic or even supernatural forces are at work. The most important factor contributing to the illusion is mostly obstructed horizon. Indeed without a horizon, judging the slope of a surface is difficult as a reliable reference is missing.

The illusion is similar to the Ames room, in which balls can also appear to roll against gravity.

Many of the sites known as Magic Road, Magnetic Hill or Gravity Hill have no specific name and are often called just Magic Hills or something similar.

You can find the list of the most famous magnetic hills throughout the World here: List_of_gravity_hills 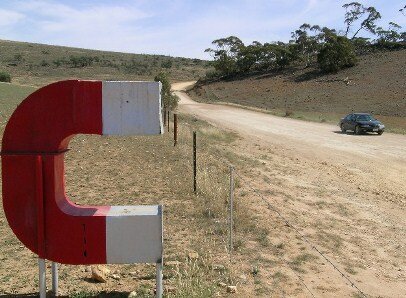 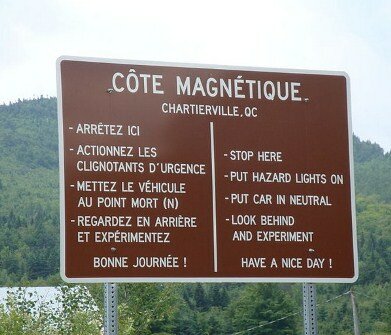