In 1893, the Thibodeau family, native of St. Eulalie, becomes owner of pieces of lands which have become a part of the current Gentilly River Regional Park (Parc regional de la rivière Gentilly). Over the years, the Thibodeau developed a prosperous industry thanks to the saw, grain and shingle mills, as well as to an ochre mine. After the mine closed down, a single descendant of the Thibodeau family lived there for a long period of time. Omer Thibodeau inherited the house and the land. He lived a hermit life and his habits gave birth to all kinds of stories which fed rumors up to his death.

In 1992, the Association of the Gentilly River Park, a non-profit organisation, was born, thanks to the development of an electricity network in Nicolet-Radisson-Cantons by Hydro-Québec which started in 1989.

Over the years, the development of ten equestrian sites for recreational vehicles and a big shaded place for horse pens took place, as well as the implementation of the Thibodeau's historical circuit and a number of services with an opportunity for the hikers to take a nice warm shower after a long hike, a reception post, camping with dozens of sites, picnic sites, rest areas, complete sanitary station, belvederes , fire wood, drainage station, etc.

For people who enjoy horseback riding, the Gentilly River regional park offers a shaded place for horse pens with a community water fountain.

The wilderness camping sites are situated either in the proximity of the two rivers of the park or in its wooded rural sector. For those who practice RV camping, the sector of the" Boucle de l'Ermit”, one of five serviced campsites for RV's are equipped with water and electricity at certain hours of the day . Two prospector type camps are equipped with beds, mattresses, tables, chairs and a small wood stove. The “Enviro-Jeunesse” camp offers a four season rustic chalet, equipped with kitchen, tables, chairs, mattresses, a wood stove, a generator and an exterior dry toilet. Additional services are offered in summer, such as a big tent, nature path, campfire area and obstacle course.

Pet are allowed in the park on leash. 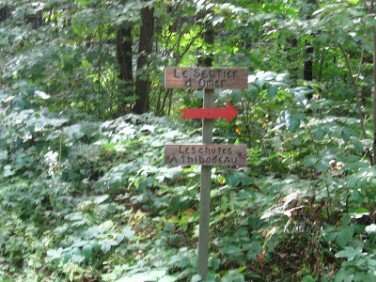 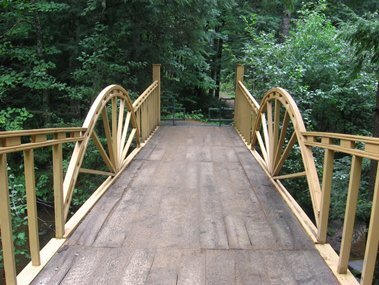