The Japanese Pavilion blends smoothly into the garden and, like its surroundings, reflects the artistic ideals of Japanese culture, or Shibui : simple and refined beauty. Its Sukiya style, a synthesis of classi and contemporary styles, recells a traditional Japanese home.

The Japanese Pavilion has a number of rooms, an exhibition room, an art gallery and a tea room There are an outdoor bonsai garden, a Zen Garden and a Tea Garden, as well.

The goal of the Pavilion is to celebrate Japanese culture and art. The site was created under the direction of architect Hisato Hiraoko, and opened on June 22, 1989. 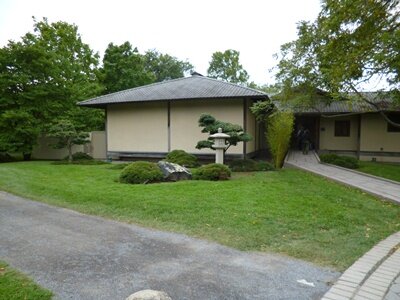 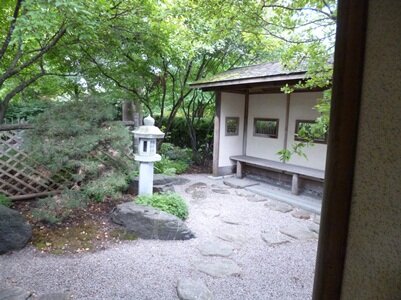 The tea garden, dedicated to the memory of Mr. Hector Dupuis, first Canadian Executive Vice-President of Toyota Canada, was made possible thanks to the generosity of Toyota Canada Inc. The plans for the tea garden were donated by the City of Hiroshima. Photo: © ProvinceQuebec.com 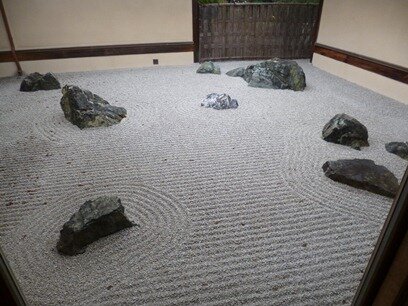 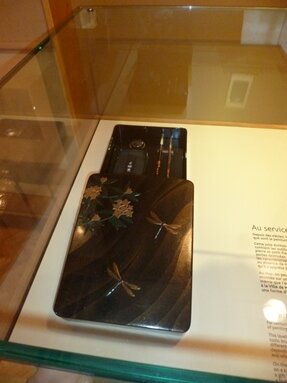 For artists: For centuries, paper has been used as a medium for the traditional arts of painting, calligraphy and printmaking. This lovely lacquered writing case made by Ikkokusai Kinjo holds calligraphy tools: brushes, ink stick and stone and water dropper. There are many different types of paper for calligraphy. Artists choose a particular type depending on their intended purpose, according to the weight and absorbency and whether or not it is patterned. Image: © ProvinceQuebec.com 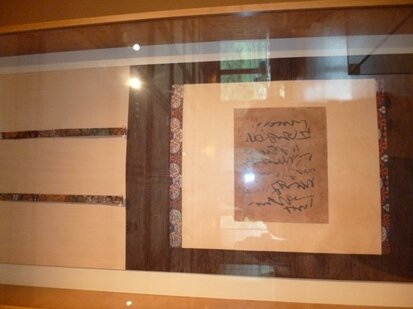 On the wall, you can see a calligraphy piece by Gazan Murayama, mounted on a kekejiki, or hanging scroll. Both this piece and the writing case were a gift from the city of Hiroshima to the city of Montreal. Calligraphy remains a highly respected form of art and expression in Japan today. Photo: © ProvinceQuebec.com 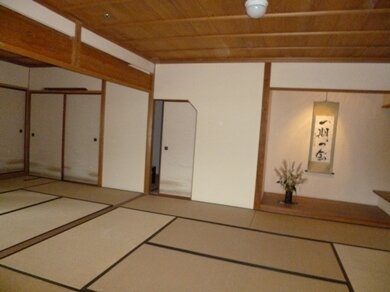 Toyota Hall. The art of living. Sober, serene and harmonious are all words that come to mind when describing traditional Japanese interiors, enhanced by many forms of paper. The space is broken up by the subtle arrangement of translucent sliding panels (shoji). Open, they frame and reveal a tableau. Closed, their white surface filters and softens the light, suggesting what lies on the other side but maintaining privacy. Opaque dividers (fusuma) are ideal for decoration. They offer a canvas for scenes and patterns often drawn from nature, inviting the outdoors inside. In the alcove (tojonoma), a painting or calligraphy on a scroll (kakejiku) adorns an otherwise blank wall. Without precious paper, Japanese interiors would have a very different look. The Japanese pavilion includes a traditional room where you can admire these different elements. Photo : © ProvinceQuebec.com 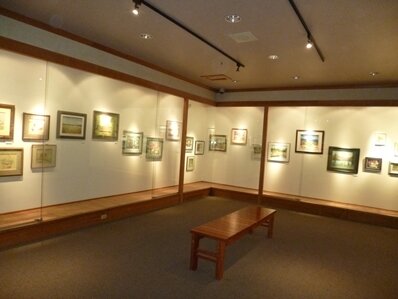 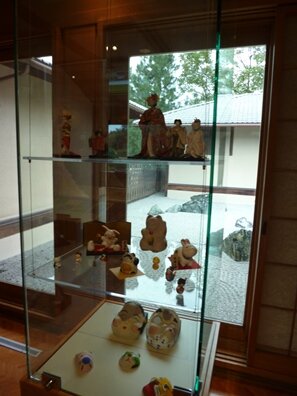 Exhibits of Japanese toys made of paper. Photo : © ProvinceQuebec.com