Varieties of cucurbitaceae : The cucurbitaceaue family has many varieties including dozens of species.

The Great Family of cucurbitaceae:

Bottle Gourd : Family: Cucurbitaceae, Genus: Lagenaria, Latin name: Lagenaria siceraria, Origin: Africa, Characteristcs : The bottle gourd comes in many shapes and is sometimes eaten fresh as a vegetable, but it is more often dried to make objects such as kitchen utensils and musical instruments. Known since prehistoric times, it has been found in archaeological digs around the world: in Africa, Thailand and Peru. Its worldwide distribution can be explained by its ability to float on water without spoiling its seeds.

Colocynth (Bitter Apple): Family: Cucurbitaceae, genus: citrullus, latin name: citrullus colocynthis, origin: desert regions of Africa, size: spherical fruit, 5 to 10 cm in diameter. Characteristics: Variegated green in colour, the colocynth becomes completely light yellow at maturity. This inedible plant should not be confused with the ornamental gourd. It is used for its antirheumatoid properties and against skin infections.

Cucumber: Family: Cucurbitaceae, genus : cucumis, latin name: Cucumis Sativus, Origin: Asia. History: The cucumber has been cultivated for 3,000 years for its fruits, which is used as a vegetable. Today, cucumbers are widely grown in green houses. Characteristics: It is harvested green before it matures, and is eaten raw. It grows well near cabbage, lettuce and green beans, but not tomatoes or potatoes. Its high water content makes it a diuretic. Its juice hydrates our skin and nourishes our hair.

Gherkin. Family: Cucurbitaceae, genus: cucumis, latin name: Cucumis Sativus, origin: Asia. History: The gherkin has been eaten in India for 3,000 years. Characteristics: It is eaten mainly as a condiment. The gherkin has gotten longer over the years thanks to improvements in hybridization and selection. After harvesting, gherkins are pickled in vinegar for a few weeks, which gives them their sour taste.

Have you ever heard of the Montréal melon? A long time ago, it was very popular. Then, suddenly, it disappeared because the fields where it grew were destroyed. Now it is back again and very proud to be found on the plates of Montrealers and others.
Melons, pickles and many other Cucurbitaceae are the resulta of centuries of cultivation. To meet contemporary demand, older varieties were used to create new ones, leading to the disappearance of the former. The new varieties are called hybrids. The pumpkin harvest is the fastest-growing in Canada, coming in 7th behind potatoes, sweet corn, green peas, green beans, tomatoes and carrots. This growth in importance is perhaps due to the pumpkin’s popularity at Halloween and Thanksgiving, and has even led to the development of agrotourism.

Their strange shapes and varied colours make the squash very decorative. You can transform squash into works of art by painting them, carving into them, or sculpting them. What could you make with one of them, depends of your artist inspiration.
Patties, pattypan squashes.

Red pumpkin. Did you think that everybody in the squash family is orange? It’s cousin the pumpkin is, but it is bright red. You will find many different members of the squash – or cucurbitaceous – family.

Melon: Genus : Cucumis, Latin name : Cucumis melo, origin : East Africa, history : Here we call “cantaloupe” any melon with stringy flesh. Christopher Columbus introduced it to the Europeans in 1494. In Europe, as early as the 17th century, the melon became a veritable passion among social elites. Thanks to the rigorous selection and the creation of new varieties, gardeners were able to offer the year’s first melons to celebrate the Maundy Thursday. So began the art of growing precocious plants. Historical tidbit: It is said that heavy consumption of melons led to the death of several popes. If you want to savour a good melon: Light cracking at the base of the peduncle is a sign of optimal maturity. The heaver it is, the better it is.

Squashes: family: Cucurbitaceae, genus: Cucurbita, Caracteristics: In everyday language, the word squash is often used indiscriminately to designate any member of the cucurbitaceae family. The pumpkin (C.pepo), winter squash (C.maxima), pattypan and ornamental gourd are all cucumbers. The winter squash produces the largest known fruit – up to 300 kg. History: In 15th century France, the squash was called gros champignon (big mushroom), meaning posterior or backside. Historical tidbit: In 18th-century France, the word courge (squash) referred to calabashes. In the 19th century, with the advent of botanical classification, the word came to include pumpkins and the like as it does today.

Watermelon: Family: Cucurbitaceae, Genus: Citrullus, Latin name: Citrullus lanatus, origin: Africa. Cultivated since the days of Ancient Egypt. Weight at maturity: 5 to 9 kg. Conservation: 15/20 degrés Celsius. Characteristics: Ninety-two percent water, the watermelon also contains potassium and vitamin C. The first seeded watermelons were marketed in 1949. History: The watermelon was introduced into the Americas by the Spanish and by African slaves. Beginning in the 16th century, Amerindians adopted it and began growing it in their gardens.

The Three Sisters: Corn, green beans and squash – the Three Sisters – are sacred plants. According to an Amerindian legend, they assured the physical and spiritual survival of the people. The corn is planted on a mound of dirt and its stalk supports the green beans. The broad leaves of the squash keep the ground moist and prevent weeds from growing. 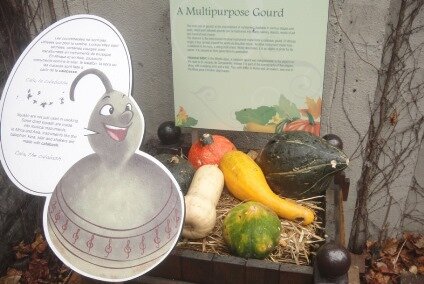 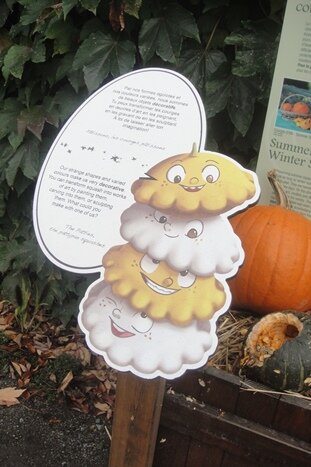 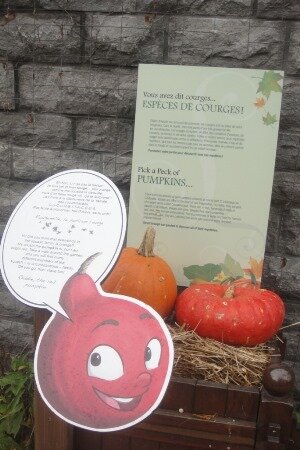