The St-François-de-Sales Church, located in the community of Neuville, in the Greater Quebec area, was built in 1854 to replace Neuville’s first stone church, built in 1696.

The choir and the baldachin of the first church were conserved. Curiously, the baldachin was originally destined to go to the Episcopal church of Quebec City, but Monseigneur Saint-Vallier exchanged it for wheat to give to the poor.

Inside the church, visitors can see a few interesting sculptures, particularly the tomb and tabernacle by François Baillargé, a member of the illustrious Quebec dynasty of religious sculptors, and twenty-six paintings by Antoine Plamondon (1804-1895), who also once served as mayor of Neuville. 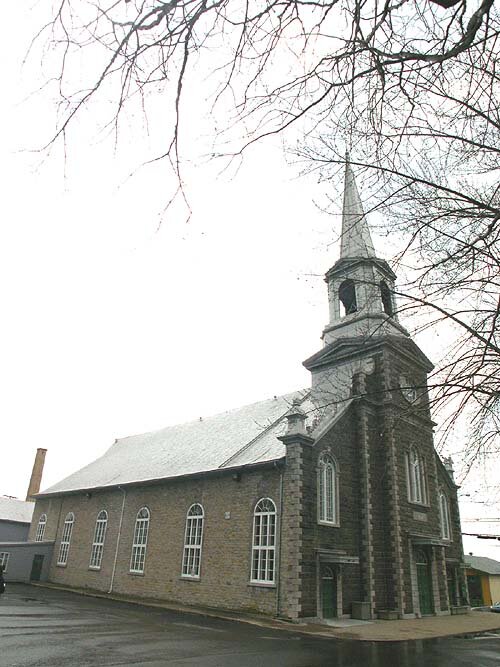 Note than Neuville is one of the oldest parishes in New France. The village is located about thirty kilometers from Quebec City.