The Anglican St. John the Evangelist Church was built in 1884 by local farmers, mostly Protestant Irish, to serve early settlers of Portneuf area, near Quebec City.

Its construction was financed by Edward Hale, a notorious merchant and politician; he brought in settlers from Great Britain.

The church stands next to the Halesboro cemetery.

The church is British in design, with its crenellated tower.

Adresse of the church: 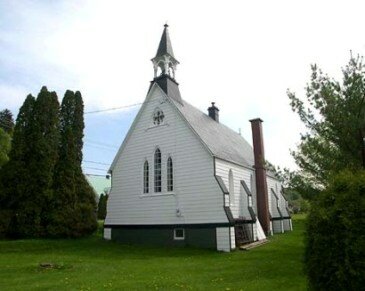