In 1642, the village, then known as Ville-Marie, had its first wooden chapel inside the palisade at Pointe-à-Calliere, in the heart of Montreal.

Dedicated to Our Lady the Blessed Virgin or Notre Dame in French, the small original chapel was operated at first by the Jesuits.

The Sulpician Fathers came some years later. They undertook construction of a larger church. Their spiritual leader François Dollier de Casson was its architect, and the present-day Notre-Dame Street served as the original site of the new church. The first church, in Baroque style was completed in 1683, but by 1800, Dollier’s church had become too small, and the Parish decided thus to build a new one.

To design the new church, the parishioners engaged the services of the New York architect James O’Donnell, himself an Irish Protestant by origin. O’Donnell proposed the Gothic Revival style then in vogue in Europe and the United States. The main construction work took place between 1824 and 1829. O’Donnell died in Montreal in 1830 and prior to his death, he had converted to Catholicism. He was buried in the new church’s crypt, where his grave is marked by a plaque.

The Notre-Dame church’s twin towers were completed by the architect John Ostell. The western Tower, nicknamed La Persévérance (Perseverance) was finished in 1841. It houses the bell christened Jean-Baptiste weighing 11,000 kilograms or 24,000 pounds. The eastern tower, known as La Tempérance (Temperance), was completed in 1843 and houses a carillon of 10 bells.

In 1889, Father Léon-Alfred Sentenne commissioned the architects Perreault and Mesnard to build a chapel for smaller ceremonies, such as marriages and funerals. Named the Chapel of Notre-Dame du Sacré-Cœur - Our Lady of the Sacred Heart, it was consecrated on December 8, 1891, the date of the feast of the Immaculate Conception.

The chapel was built in Gothic Revival style with a wealth of sculptural motifs. A fire damaged the chapel on December 7, 1978. Reconstruction was undertaken by the architectural firm of Jodin, Lamarre, Pratte and Associates. This time the vault was built in a modern style allowing for natural lighting. The new chapel was opened in 1982. Today Notre-Dame Basilica is an active venue for cultural events.

During the summer season, for instance, concerts are given by well-known orchestras. The Montreal Symphony Orchestra has performed in the church on numerous occasions. These concerts are extremely popular and attract large audiences of music lovers. 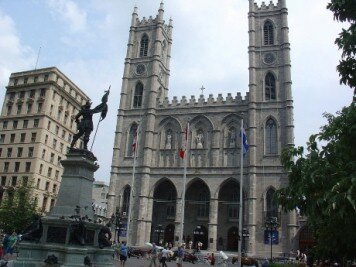 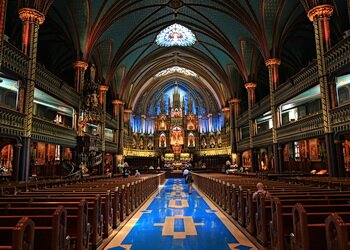 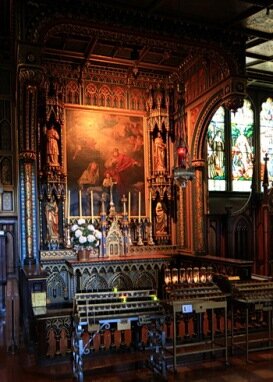 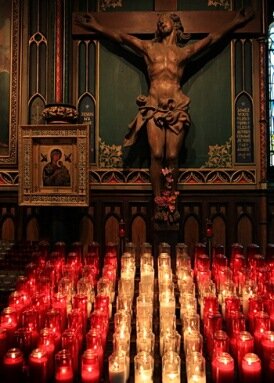