In 1881, eight Trappists left the Abbey of Bellefontaine, France.

They came to Canada, where they decided to begin a new foundation. The Sulpicians offered the Trappists land located near the Lake of Two Mountains.

On the 9th of November 1881, the monks took possession of their first monastery, built from wood at the top of the Saint Sulpice hill (later this building became the first agricultural school of Oka). 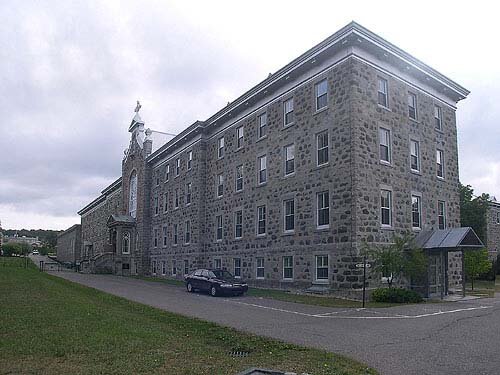