The story of a collective effort

The first families to settle in Rapide-Danseur arrived in 1932. This village derives its name from a translation of the Algonquin «Opacitcicimosik» which means, «a place to stop to dance and shake out the kinks».

Father Dion was a dedicated priest who did not shy away from a challenge.

When it was time to build the village's church, he assumed the role of architect, drawing up the plans and mobilizing the entire parish to build it.

Starting in 1941 and'working in shifts, the parishioners cut 1 002 logs, which they transported by boat to the village. They also collected 950 cubic yards of fieldstone and 550 cubic yards of sand as filler between the stones. 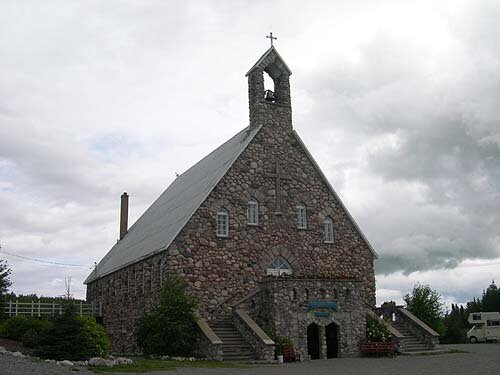 The first mass was celebrated in the church in 1951, ten years after work began - ten years that had been devoted to the construction of a monument of lasting emotional appeal.

Today, the site of the Rapide-Danseur missionary church is designated as an historic site by the Quebec government.