The Oratory contains dozens of unique works of art, such as sculptures, bas-reliefs, paintings, stained glass windows, a votive chapel with 10 thousand lights and votive candles and much more. A large terrace with a magnificent view of Montreal is available to all the visitors.

Numerous pastoral services are offered throughout the year, such as masses, confessions, blessing of families, marriages, Guests admire the Museum of Saint-Joseph’s Oratory, an exhibition of 300 cribs from over 100 countries, the Chapel of Brother Andre, and they can visit Brother Andre’s tomb and his heart.

The Oratory’s celebrated carillon, one of the largest carillons in North America, is composed of 56 bells cast in an alloy of copper and tin. Its story is really interesting: it was created originally for the Eiffel Tour and was offered to the Oratory in 1954 for the 50th anniversary of the first chapel built in the place.

The Basilica’s Grand Organ is a magnificent musical instrument, ranked among the most prestigious organs in the world. It was built in Hamburg, Germany in 1959 and installed at the Oratory in 1960. It’s considered to be the greatest work of the German famous organ builder Rudolf von Beckerath.

Every Wednesday, in summer, the organ offers an eclectic series of original concerts. Don’t miss the Petits Chanteurs du Mont-Royal – the Litte Singers of Mont-Royal choir. This choir was founded in 1956 in order to provide comprehensive musical training to the children and enrich the liturgy of St. Joseph’s Oratory with sacred choral music. This choir can be heard at 11 a.m. during Sunday services in the Basilica (except January and February). 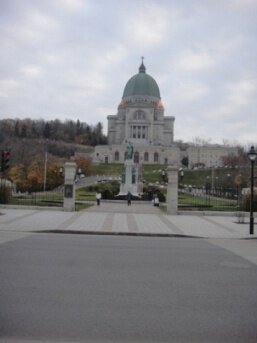 Magnificent Japanese garden containing the Way of the Cross is located near the Oratory.

Guided tours, conferences and concerts of the Oratory St-Joseph are offered. Jean XXIII Pavilion offers accommodations for groups of up to thirty people, with continental breakfast, meeting and prayer rooms 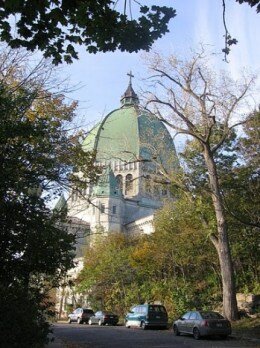 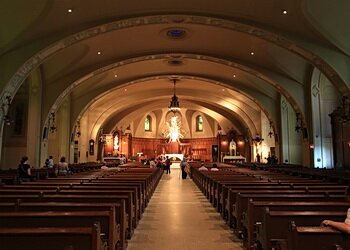 Following the example of Brother Andre, all the personnel at the Oratory strive to be sensitive to persons, their afflictions and their concerns. Photo by © V. Petrvosky

St. Joseph Statue in front of the Cathedral. Photo by © V. Petrvosky 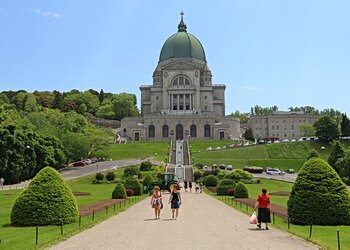 Internationally known, the Oratory is a door open to visitors of whatever persuasion. Pilgrims and visitors are received with respect for their culture and their stage of life. The site is a place of Christian Faith embodying the diverse expressions of the prayer of the Church while centering on devotion to Saint Joseph. This is a place of quiet, of prayer, and of peace, furthering openness to the mystery of God. Photo: © V. Petrvosky 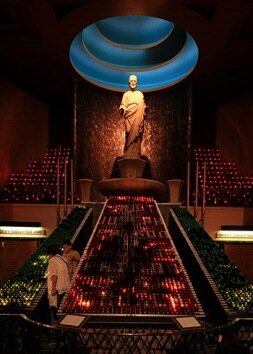 For many decades, the Work of PIlgrimages of the Sick has taken on this task, with the support of a team of volunteers. The ministry offers its members various activities: Prayer Services, Eucharistic celebrations, and fun times in a warm spirit of friendship. Photo: © V. Petrvosky 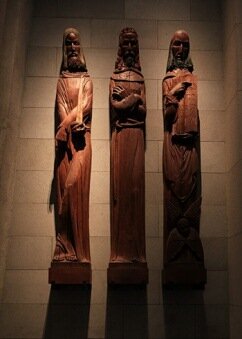 St. Joseph's Oratory is delighted to welcome you as a Christian pilgrimage site where visitors are welcomed and supported throughout their spiritual journey. Each individual is embraced and respected for his/her culture and personal path. This guide is designed to make your visit to this oasis of peace and prayer a pleasant one. Photo: © V. Petrvosky 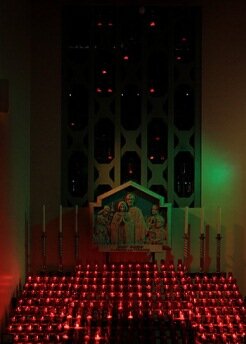 The Oratory presents God’s word in plain language adapted to the realities of modern life. Through its message of love and compassion, the Good News of Jesus Christ makes possible an encounter with Jesus the Savior. Saint Joseph and Saint Brother Andre are worthy guides helping pilgrims to be open to the gospel message. Photo: © V. Petrvosky

Saint Joseph’s Oratory of Mount Royal is committed to dialogue and reconciliation by means of respect, love, justice and peace. Photo: © V. Petrvosky 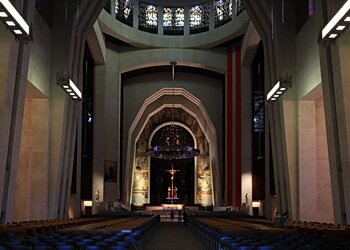 Whether you come by yourself, with your family, in a group, on a school field trip, or with your confraternity, Saint Joseph's Oratory has so many wonderful things to discover and share. Photo: © V. Petrvosky 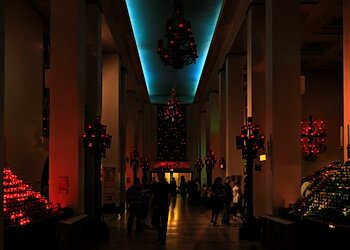 Different guided tours are available which trace the life and work of Brother André in developing the shrine. Photo: © V. Petrvosky 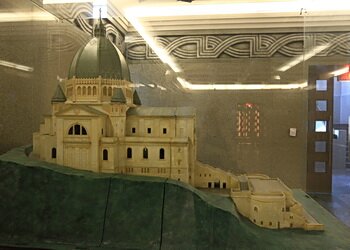 The staff of Saint Joseph's Oratory is delighted to welcome persons with reduced mobility and to assist them during their visitOur meeting rooms, churches, and hospitality and lodging services are wheelchair accessible. There are two elevators available for pilgrims at the Oratory, allowing them to visit in complete safety, all the way up to the Basilica. Photo : © V. Petrovsky 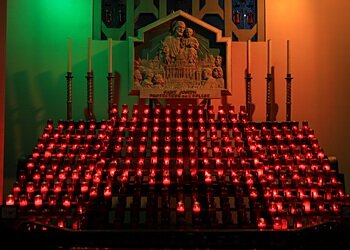 You can make a prayer-tour of the shrine using one of  Pilgrim for a Day or Pray with Brother André leaflets. Photo : © V. Petrovsky 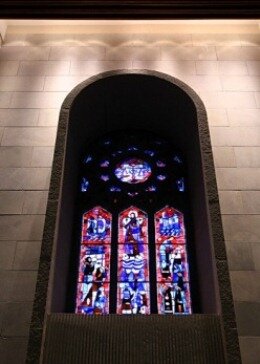 There are many artistic, cultural, and museum discoveries you can take advantage of, tailored to any needs and tastes. Photo : © V. Petrovsky 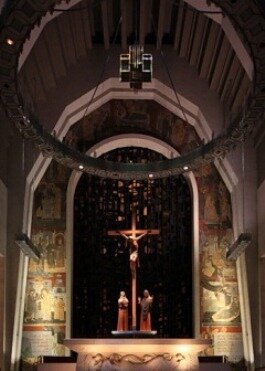