English Protestants were the majority among the vacationers at Murray Bay, one of the first resorts in Canada (today La Malbaie) in the 19th century.

By the 1860, the Protestant population had grown sufficiently to warrant the setting up of religious services in a cottage, even over the opposition of the local Catholic priest. As soon as Anglican and Presbyterians decided to build a permanent place of worship, land was donated by the Nairne family, which owned the territory since the 1760ies.

The original wooden church was completed in 1867 by Hubert Warren, navigator and carpenter. In 1890, the temple was enlarged and twenty years later, the walls were clad in stone.

Inside the church, visitors can see commemorative plaques honouring notable parishioners such as historian George Wrong (nice name for a historian!), President Howard Taft of the US who loved Murray Bay and writer William Hume Blake.

Today, although the English Protestant population of Murray Bay has declined, the church continues to conduct services including weddings, baptisms and memorial services. 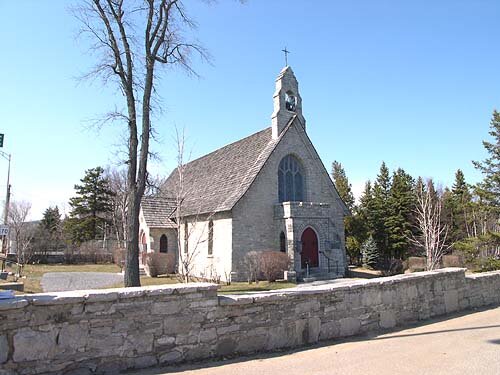