The foundation of St. Sophie takes place when the narrowness of the seigneuries located on the shore of St. Lawrence makes the population to settle inland, in the early 19th Century.

First a mission was served by parish priests coming from St. Pierre-les-Becquets.

The parish was founded in 1874. Originally, it was dedicated to St. Placide in recognition of the work accomplished by first mayor, Placide Neault.  The name was changed later into St. Sophie in honour of Mrs. Sophie Charlotte Young, the last seigneur Joseph-Ovide Tousignant's wife, who gave a piece of land to the church council.

The first mass is celebrated in St. Sophie by Joseph Bailey, parish priest in St. Pierre-les-Becquets, on September 30, 1856 in the home of Jérémie Demers in the 5th rang. A mission chapel was built around 1856 on a piece of land owned by Louis Beauchesne and a priest is coming twice a month.

The construction of the first wooden church begins in 1874 near the Orignaux River. This church was blessed on October 18, 1874. The first presbytery is built the following year.

In March 1901, construction of the second church with a sacristy is commissioned to architect Louis Caron, of Nicolet, assisted by contractors Laugophe Neault and Herménégilde Tousignant who supplied the required wood for the structure.

The new church was blessed on February 11, 1904 by Bishop Brunault.

The church interior was restored in 1967. 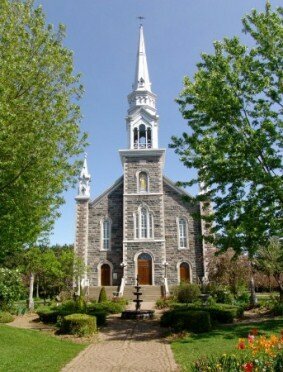 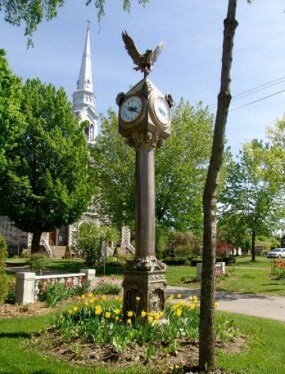 Garden in front of the Church. Source of the photo: Site Web de la paroisse 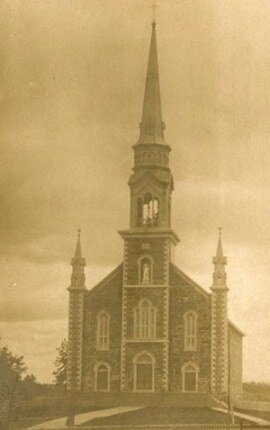