The Chevalier House - Maison Chevalier is located in Quebec City at the heart of Place-Royale’s activities.

Drawing inspiration from French classicism, this building was built for Jean-Baptiste Chevalier, merchant and ship-owner, in 1752. In 1807 the building was bought by George Pozer and converted into an inn.

The guests included ship captains, businessmen, and travelers from throughout the world. The name London Coffee House was retained into the early 20th century.

The existing Chevalier House incorporated two older buildings dating from 1675 and 1695. The Québec government restored the house, and it became a museum in 1965. Today it's managed by Museum of Civilization. It houses an interpretation center which holds thematic exhibitions.

A permanent exhibit, "A Sense of the Past," shows how people lived in Quebec in the past. Guidebooks in English are available at the front desk. 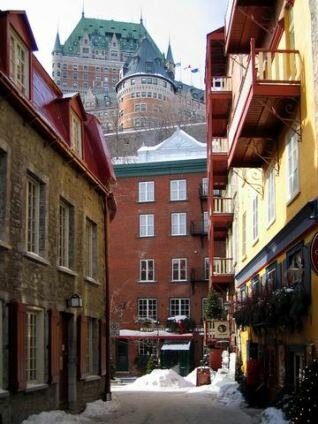