The New France Festival that takes place in Québec offers musical shows, dances and parades where all participants are dressed up. Plays are performed and a big fancy-dress bal reminds participants of the past of the province by transporting them to the 17th and 18th centuries.

The first SAQ New France Festival was born in 1997 with an idea to celebrate the 4th centenary of Quebec in 2008. This Festival is therefore devoted to the history of the first European colonists in the American land. The first edition was organized around the theme of taking roots.

The second edition had Adventures and explorations in the American land as the theme. Later on, other themes and historical characters were approached. Every year the Festival takes around diffrent themes and many novelties are in the program.

The program is overseen by the Corporation des fêtes historiques de Québec - Quebec Historical Festivals Corporation and the organization is left to Carnaval de Québec - Quebec Carnival. If you want to participate, you can rent a costume at the official supplier of the SAQ New France Festival, Création Faces à Faces or at many other companies that offer their services to participants. However, it’s not mandatory to wear a costume during the Festival.

Even if thousands are dressed up, the sites are only accessible to those who wear the Festival effigy, a kind of medallion which is not required from children under the age of 12. 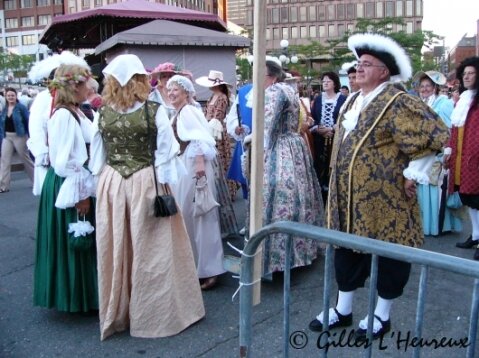 In total, more than 1 000 performances take place in 5 days of the Festival. Besides the main stages, there are continuous animation at the following sites: 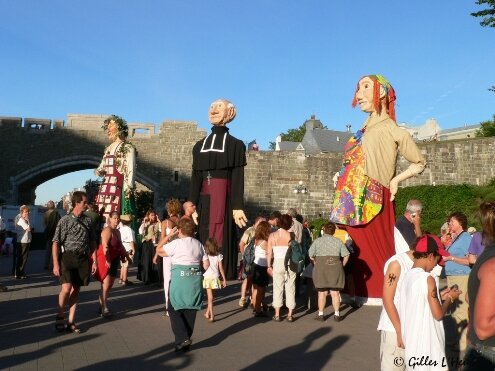 The official program is available on the web site of the New France Festival. It’s worth noting that the program includes a march in aid of Petits Frères des Pauvres, an organism that fights against exclusion and solitude of the elderly.