Manoir Montmorency (Montmorency Manor) was the summer residence of Prince Edward, Duke of Kent, and father of Queen Victoria, perhaps the greatest of all British sovereigns.

The house is surrounded by a lovely old Montmorency Falls Park. The huge Montmorency Manor was built in 1781. Today it houses a restaurant, an interpretative centre, reception rooms, boutiques and a restaurant.

The interpretative centre tells about the history of the place, and there are many gorgeous views from the site. Picnicking is permitted on the site.

Some confound the Montmorency Manor which was indeed the summer residence of Prince Edward when he commanded a regiment in Quebec City, and his official residence located in Quebec's downtown, at 25, St. Louis Street. 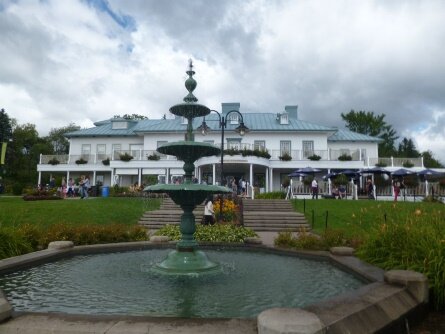