The St-Louis Gate is a part of the walled city. It was designed by William Lynn, a Belfast-trained architect from Ireland. He also designed the St. John’s Gate. Both gates are medieval-style.

Actually, the original St. Louis Gate was built in 1692 or 1694 by Governor Frontenac.

It was demolished in 1823 because of its poor condition and rebuilt. Later it was replaced by the British military fortification gates which had allowed passage of only one horse-drawn vehicle at a time. It was eventually removed altogether in 1871 before being replaced by the gate we seen now in 1880 by Lord Dufferin.

Note than St-Louis Gate and St-Jean Gate are the main gates through the walls giving access to Quebec’s downtown. 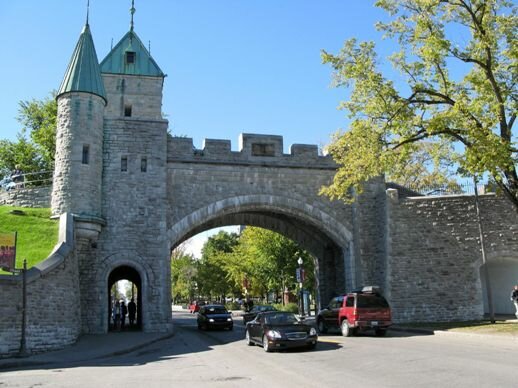 Beyond the gate visitors can see the Garrison Club. Photo of St-Louis Gate: originally posted to Flickr as The City Wall, author Smudge 9000 en.wikipedia.org/wiki/File:Quebec_City_Wall.jpg 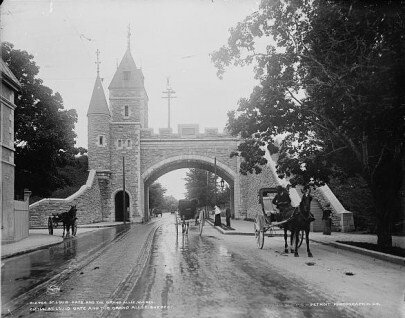