Quebec City was founded in 1608 by Samuel de Champlain at the site of a long abandoned St. Lawrence native-american settlement. The city the first permanent French settlement in North America. It is an important service and research center, and a cultural attraction.

Quebec City lies on the Saint Lawrence River, about 233 kilometres (145 mi) away from Montreal. The cradle of French civilization in North America, the city has everything it takes to please a visitor: an enchanting setting, a splendid architectural heritage, a rich and colorful past… Its old quarter is the only walled city in North America named a UNESCO World Heritage Site.

French is the official language of the province of Quebec, though English is widely spoken in the tourist areas of Quebec City. It is also not unusual to hear Spanish, German and Japanese in many establishments in the old part of the city, the Vieux Quebec.

All these photos are from a large collection of the American Library of Congress, they are free to be published and distributed. 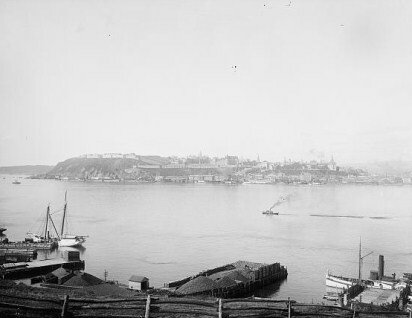 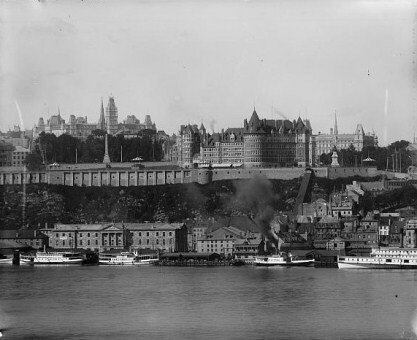 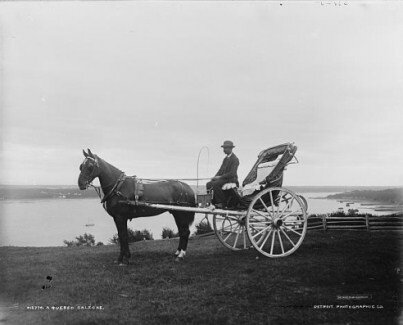 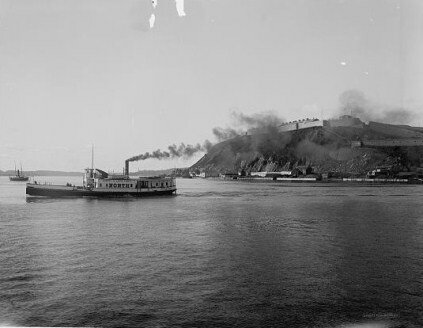 The Citadel from the river, Quebec, Quebec, Detroit Publishing Co. , publisher. Created and published between 1890 and 1900. 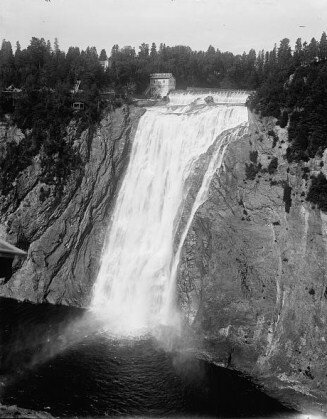 Montmorency Falls (near view from above), Detroit Publishing Co., publisher. Created and published: between 1900 and 1906 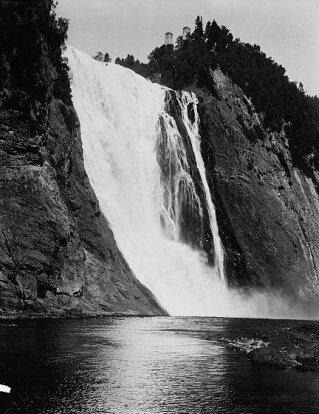 Montmorency Falls seen from another place 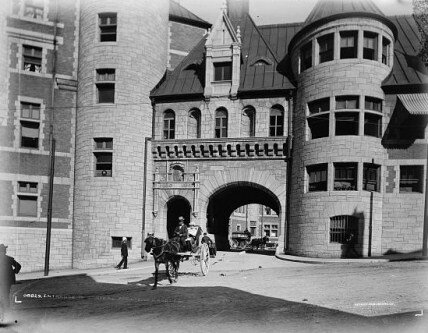 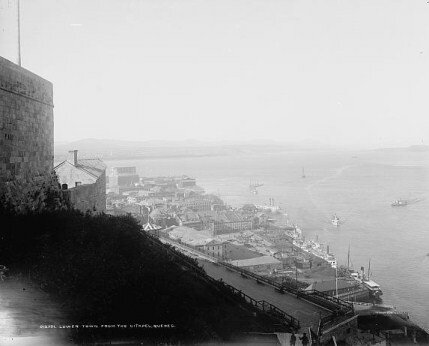 Lower town from the Citadel of Quebec 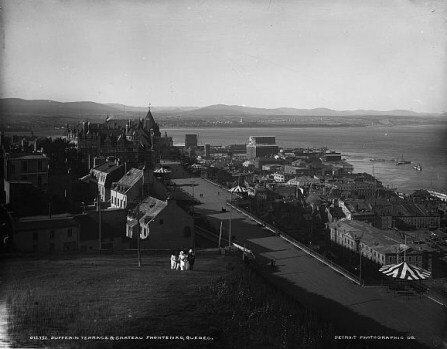