When Peter Kalm, a Swedish botanist, visited Quebec City in August 1749, he described it in great detail, both Lower Town by the St. Lawrence River and Upper Town on the heights above.

“The upper city lies above the other on a high hill and take up five or six times the spaces of the lower, although there are not so many people in it. There is only one easy way of getting to the upper city… the road is very steep, although it winds about. Most of the merchants live in the lower city, where the houses are built very close together. The streets in it are narrow and rough and almost always wet (from the springs).

There are also a church and a small market-place. The upper town is inhabited by people of quality, such as officials and traders, and contains the chief buildings”. Peter Kalm describes the buildings. Some of these structures, like the Chateau St. Louis, the palace of the governor, in which Mr. Kalm was entertained, have disappeared.

The botanists left us a very good account of the way in which people lived in old Quebec and of the nature surrounding the city: “ This afternoon I went out of the city with my servant to spend a couple of fays in the country to examine the plants that grow in the woods and the country in general…

To the east we had a splendid view of Quebec and the St. Lawrence River. Further east still, a long chain of high hills runs parallel with the river at a distance of several miles from it. To the west at some distance from the high ground on which we stood, the hills change to a range of high mountains, very close together, and also in line with the river. These mountains are magnificent”. 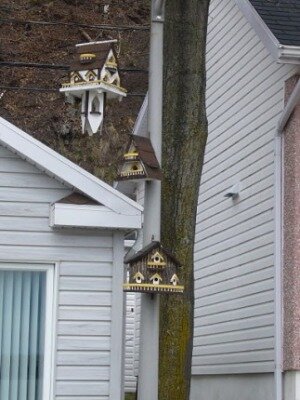