To describe fully the religious life of Quebec, through its periods of ups and downs, would necessitate extended excursions into social history.

The Roman Catholic Church played the determinant role through all the period of New France. Indeed, French colonization began a few years after the promulgation of the Edict of Nantes in 1598.

According to the Edict of Nantes, Roman Catholics and Huguenots in France were given parallel rights, so in the early period of colonization in Canada both Protestants and Roman Catholics took part. Du Gua de  Monts, a Huguenot, who come to Canada with Samuel de Champlain and founded the first French settlement in Acadie, in 1604, took out with him to Acadia dozens of Protestant and Roman Catholic settlers, as well as a Protestant minister and a Roman Catholic priest (according to Champlain, he saw them "fall to with their fists on questions of faith.").

Later, however, in the charter granted to the Company of New France, in 1627, it was stipulated that no colonists should be sent out to Canada who were not Roman Catholics.

This prohibition remained in effect during the whole period of New France.  This situation gave the Roman Catholic Church in New France a dominant position and a profound influence on the government. Various religious institutions, such as the Jesuits and the Sulpicians, acquired land grants in Canada.

They  preceded the fur-traders in opening un new lands, they established missions throughout the country and if they had had their way, the whole New France would have been a mission. In their zeal, they waged a long battle for the welfare of the Indians. 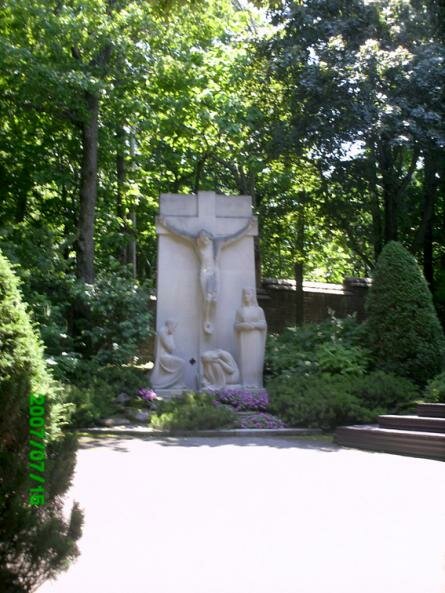 It’s well known than the Church objected to the use of "fire-water" by the fur-traders as an article of barter with the Indians, and neither the captain of militia no the seignior were, as might have been expected, the most important persons in the Canadian villages.

The real leader was the parish priest whose word was considered the word of wisdom and was always decisive. The conquest of Canada by the British, in 1760, changed the religious history of Canada…