Church after the Conquest

Church after the Conquest

Church after the Conquest

The conquest of Canada by the British arms changed the religious history of Canada.

The Royal Proclamation, adopted in 1763, proclaimed “the enjoyment of the benefit of the laws of Our realm of England”. General Murray, the first British civil governor of Canada, was required to give all possible encouragement to the erection of Protestant schools and churches Murray, however insisted to grant permission to the Roman Catholic Church in Canada the right of collecting tithes and the Act of Quebec of 1774 gave it this right, among the others. At the same time, very few Protestant clergymen came into the colony.

Just a reduced number of French-speaking Anglican clergymen were settled in Quebec, Trois-Rivieres, and Montreal. The first Anglican bishop of Quebec was appointed only in 1793. We must admit however than after the American Revolution a considerable Protestant population came to live in Canada.

These people were known as Loyalists and the overwhelming majority of them were Protestants (Anglicans, Presbyterians and Lutherans).

The Constitutional Act of 1791 made provision for setting apart the Clergy Reserves – large lands - for the “support and maintenance of the Protestant clergy”. In real life, the British government sent out to both Upper and Lower Canada only a few garrison chaplains and a few missionaries of the Society for the Propagation of the Gospel. These missionaries settled only in the chief towns.

In these circumstances, Methodist preachers from the United States were the only ministers who provided the scattered settlers with the religious ministrations. 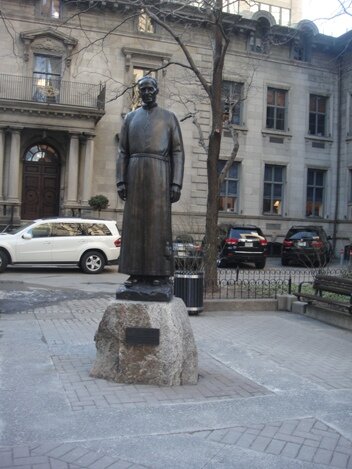