The first battles between the French settlers and the natives Iroquois took place in June 1609 on Lake Champlain, at the mouth of the Richelieu River in 1610 and south of Lake Ontario in 1615.

All these battles were conducted by the French during their expeditions in order to explore the interior of the continent.

These acts of war were considered legitimate by the Europeans, because the French signed an alliance with the tribes of the Algonquin, Montagnais and the Huron Confederacy, which were in war against the Iroquois. In all these expeditions, the French were accompanied by their native allies. In 1614, the Dutch establish a trading post at Fort Orange (Albany, New York) and provide the Iroquois with guns, Warfare subside thus for the next 90 years.

As soon as the Mohawk get hold of firearms, they find it easer to raid French fur convoys and sell them to the Dutch rather than hunting for pelts.

The Mohawk war parties raided the Algonquin and Montagnais hunters throughout the interior of Canada. Traditional histories of New France emphasize the heroism of the early settlers defending themselves from these fierce warriors who tortured prisoners and burned them alive.

However, despite a few attacks, warfare between Europeans and Natives during the period was less endemic and bloody than is usually portrayed. In fact, most Iroquois hostility was directed against the Huron and other tribes, not at the French.

From 1608 (foundation of Quebec City) to 1666 (arrival of the Carignan-Salieres Regiment from France to defend the settlers from the attacks), just over 200 Europeans settlers were killed by the Iroquois.

The number of the Iroquois killed by the French was slightly fewer and it is believed, the natives lost about 150 warriors in 40 years.

Warfare constituted generalized threat only in 1650-1653 and 1660-1661, most other years were relatively peaceful. Besides, most of the captives were not burned or tortured, as over half of them were either freed or escaped, and some chose to live with the tribes. From the arrival of the first royal troops, the Carginan-Salieres Regiment sent to quell the Iroquois, New France or Canada had a large garrison to defend itself from the British and the Iroquois. Since the moment, no serious threat to the settlers had place in their new country. 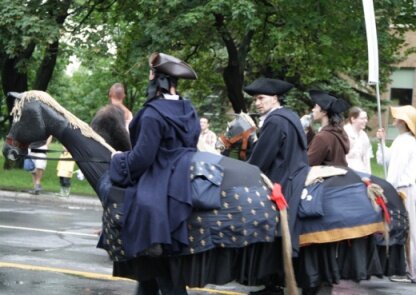