Samuel de Champlain says in his account of the events than some days after his arrival at Quebec, on July 3, 1608, a locksmith named Natel conspired against the king of France.

According to Champlain, the plan was to put the captain to death, and, getting possession of the fort, to put into the hands of the Basques or Spaniards.

The locksmith suborned four sailors, who promised to act in such a manner as to gain the rest of the crew over to their side.

The mutineers were to execute their plan before the arrival of other French barques, sent by Champlain to explore the coast; otherwise they would have been unable to carry out their scheme.

When one of the barques arrived, its skipper M. Testu, was approached by the mutineers who proposed him to join the plot.

The skipper instead went at once to Champlain and disclosed whole affair. Champlain lost no time. He seized the mutineers. A due process was established and one of the criminal was to put to death, as the instigator of the conspiracy.

The other accused were condemned to be hung, but they where to be taken to France and put into the hands of the justice which had to confirm the sentence. 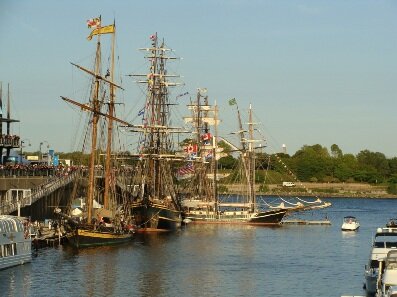