Despite so many publications about the 1970 October Crisis throughout the years, many people suggest that at least some aspects of the crisis were deliberately orchestrated by Canadian authorities in their effort to provoke polarization.

Perhaps, this policy was a part of a vast campaign to discredit the democratic separatist option by linking it in the public mind with terrorism and extremism. The veil of official secrecy around contributed to these opinions.

Indeed, there was no insurrection; there were no “three thousand armed FLQers. No systematic assassinations took place and no widespread and focused bombing followed. Nobody ever found any physical evidence of such tenebrous plans during the searches and arrests under the War Measures Act. Even more, prior to the kidnappings, both the Montreal police and the RCMP security services knew a great deal about the FLQ.

Even dozens of journalists who covered FLQ campaigns and the trials of arrested bombers knew almost everything about the organisation. Just an hour after the James Cross kidnapping, La Presse, one of the most influential dailies in Quebec, correctly named one of those involved. The fingerprint of another prominent FLQ activist was found on a FLQ communiqué released after Laporte’s kidnapping. At least thirty-five militants involved in the kidnappings were routinely followed by undercover police long before the October events. Curiously enough, the police actually had photos of FLQ members Stalking James Cross in the days before his abduction. One of the abductors was arrested in February 1970, long before the kidnappings in a truck on his way to kidnap the Israeli consul. The police found in the truck a sawed-off gun, a ransom note and some other evidence confirming that the kidnapping was in progress. The man was merely charged with possession of the illegal short-gun and released on bail.

In June 1970, the police raided a FLQ safe house in the Laurentian Region.

They scotched a plan to abduct the US consul in Quebec, as well as weapons and hundreds of copies of the Manifesto that was broadcasted over the air four months later. RCMP agents admitted to stealing dynamite, setting off bombs (don’t forget that FLQ claimed they didn’t set off all the bombs, attributed to them in the 1960ies), having membership lists and financial information about the terrorists. In the circumstances many still ask why were the authorities completely baffled by the October Crisis. When all these scattered facts are put together, the scenario gets shadowy.

Today some of the FLQ kidnappers complain that they feel they were manipulated. They say the authorities could have prevented the whole thing, given the extent of their knowledge about the FLQ.

Thus many are convinced that the authorities wanted the plans to go ahead and that for some reason. Is this a paranoid fantasy or a harsh reality? Who knows? The hints and pieces of the October puzzle are tantalizing and suggestive but incomplete, and too many gaps existed, which are filled by conjecture and hypothesis.

Anyway, one obvious possibility is that the security forces sought to get maximum public impact from the panic and to manipulate the Canadians. The 1970 October Crisis will remain for ever a symbol of something strange and mysterious. 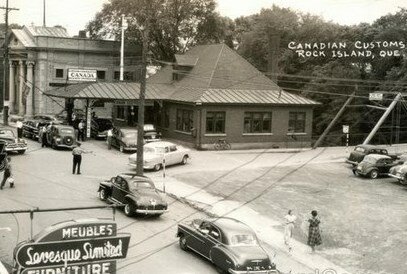